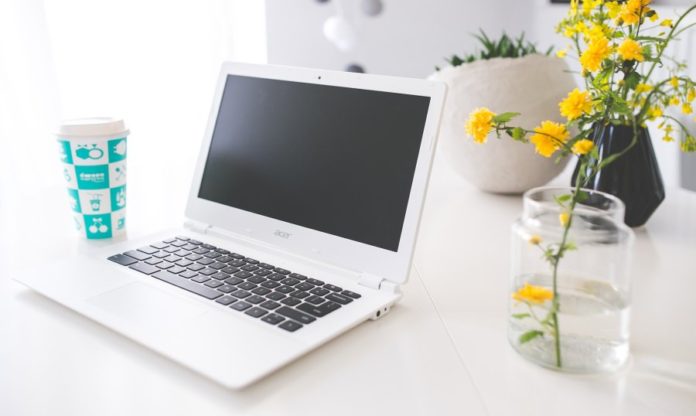 With cryptocurrencies clearly here to stay despite the naysayers, people are looking for various ways of mining them in order to make some nice profits. One of the questions that I hear more and more often today is this: “Can I mine cryptocurrencies on a Chromebook?“

In this article, I decided to shed some light on this matter and share with you the answer: it’s a bit nuanced, as all things are in life.

Why would you like to mine Bitcoin or any other type of cryptocurrency in 2020 on your Chromebook? Because, in theory at least, doing so will help you earn some money. Finding that right coin that can be mined easily is the secret to this entire thing being profitable – at least in theory

In practice, mining cryptos is starting to be done almost exclusively by large companies with access to serious hardware and even personnel. There are mine farms all over the world with tens of computers (if not more) handling this, meaning that you are up against some really serious competition.

Mining Bitcoin at home is usually considered not profitable anymore because of the high electrical costs required for the mining itself and the same can be said by most other cryptocurrencies. In other words, even with some serious hardware, in most cases you will rarely even break even at home.

Or at school, as some people do. In the end, many students in the US (and probably other parts of the world) are receiving a free Chromebook for their studies. This means free hardware they can use for mining at school – or wherever.

In theory, at least, because in practice things are a bit different. Although cheap and usually extremely reliable, Chromebooks can’t usually be used for mining most cryptocurrencies, especially Bitcoin.

Or at least they shouldn’t be used simply because, even if you manage to go through all the trouble and make them capable of mining, you would still produce extremely low amounts in terms of earnings (if any).

But it’s not all about Bitcoin and ETH and the top cryptos out there! The secret is to find lesser known and less popular cryptos that can be mined without the need of impressive hardware – and fortunately there are a few options out there.

Probably the best cryptocurrency to mine using a Chromebook is one that can be mined with an internet browser. The best example at the moment of writing this article is JSECoin.

This coin has been around for a while and still has a ton of potential in my opinion. And the best part is that you don’t need fancy equipment in order to mine it, you just need a browser and an active internet connection – just log in to the website and let it do its work. You will get free JSE out of it, guaranteed.

Now, this will most likely never get you rich – especially if you’re mining on a Chromebook, but at least it will be profitable, unlike most of the crypto mining options available out there. You will at least earn some pocket money, which is better than nothing and even better because it’s free!

So even though mining at home – or at school – isn’t really recommended due to the low returns, with less popular altcoins like JSECoin (which I’ve been following and a fan of since 2017!) is the best options if you want to do some mining on a Chromebook.

Even if you choose one amazing Chromebook like the ones we’ve recommended in a previous article, you would still have a tough time mining Bitcoin or any other cryptocurrencies. You could develop your own app for mining on a Chromebook or you could try and search for ways to do it… but it wouldn’t be worth it, in my opinion. So stick to the JSCoin!

With other cryptos, you would earn at most dollars per month, which isn’t really worth doing – especially since mining cryptocurrencies on a Chromebook will reduce the life of the device a lot.

If you really want to stay portable and do some mining, we have recommended the best laptops for the job – but have in mind that nothing beats the dedicated miners and you’re also competing, in most cases, against companies who have tens of miners working…

Things could change if altcoins like JSECoin become popular and more options are launched for cryptocurrencies that can be mined with your browser… but until then, there are not any hopes for high profits in sight…

Microsoft Might Be Taking on Chromebooks with Windows 10 Cloud