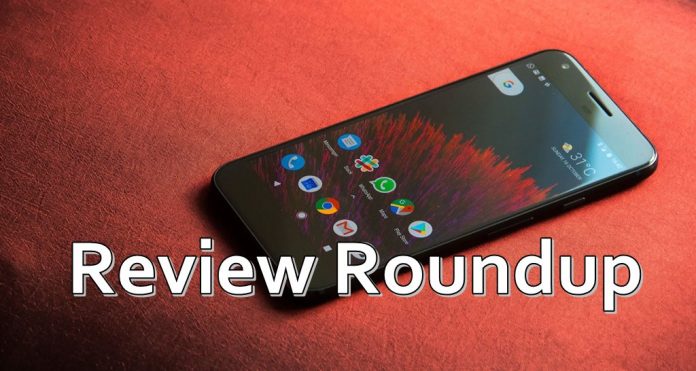 Reviews for the highly anticipated self-designed smartphone by Google have started pouring in. Early reports had most of us climb the hype train and consider the Google Pixel and/or the Google Pixel XL the best smartphone that ever existed, with the best camera ever and many other groundbreaking features, some people even considering it an iPhone killer.


Major publications have now published their reviews of the smartphone and I’m here to share with you a Pixel review roundup. Most reviewers had many words of praise for the smartphone, even though some Cons kept popping up in most cases, like criticism for the high price, poor design, a Google Assistant that could do better, lack of MicroSD slot and the fact that it’s not water resistant. However, in most cases, the things that matter: performance, software and camera – these were all praised. It’s vital to read the reviews before making the purchase, though, so let’s check out below the Google Pixel & Pixel XL Reviews roundup. Then you can decide if this is indeed a good phone!

The reviewer was not impressed and concluded: “If you must buy an Android phone, the Pixel makes a strong case. But I can no longer heartily endorse buying an Android, because if this is the best phone available, it’s time to move on.” Among the biggest Cons of Google’s phone, the reviewer noted its design, as well as disappointment with Google Assistant. You can read the entire review here.

This was a positive review and the final rating was 8.8 out of 10. The reviewer appreciated both the design of the phone, as well as Google Assistant, while concluding: “Now that many are justifiably cautious of Samsung phones, the Pixel is a great option for Android users wondering where to go next. Its brand cachet already rivals Samsung and Apple. Unlike the Nexus models of years past, you don’t have to be an Android enthusiast to appreciate it. The only thing you’ll have to be enthusiastic about is owning a phone that’s beautiful, takes awesome photos and has smooth performance. If you are, the Pixel’s for you.” You can read the entire review here.

Click here to read Ars Technica’s review, probably one of the most moderate reviews, considering it the “best Android phone” despite being bland and pricey. They had words of praise for the camera and the software part, but not so much the hardware. Here’s an excerpt from the review: “The price is the Pixel’s biggest downside, which gives some real breathing room to budget devices like the OnePlus 3. OnePlus offers a similar phone—an all-metal Snapdragon 820 device with nearly stock Android—for $250 less. With the Pixel phone, you’re paying more for a better screen, better camera, and better software updates. Both phones have competent out-of-the-box software, and either one is worth a purchase.”

The reviewer really loved the Google Pixel, calling it a “home run,” praising it for its solid battery life, performance and Google Assistant, while disliking the design and the fact that it’s not waterproof. However, the smartphone got a rating of 9: “This is Google’s first phone, and for a first effort it is remarkably good. By almost every metric I can think of — speed, power, camera, smart assistant, you name it — it matches or exceeds the best phones available on the market today. And though the design is far from groundbreaking, it’s certainly approachable. The whole package is pretty incredible, and if you’re not put off by the premium price, you’ll be very happy with this premium phone.” You can read the entire review here.

The review was positive, but the design of the phone was still considered “yawn-inducing”. It still got 86 points out of 100, with the publication noting: “The 5-inch Pixel is a great phone, and its big brother, the Pixel XL, is ever so slightly better. You’ll get the same top-tier performance as on the smaller model, just with a bigger, crisper display and a more capacious battery to sweeten the deal. What’s more, it’s a little narrower and shorter than the iPhone 7 Plus, so it’s a surprisingly easy to hold.” Click here to read the entire review.

Reviewer Tim Schiesser was pretty impressed with Google’s phone, giving it an overall rating of 90, despite its flaws like poor design, lack of MicroSD slot or it not being water resistant. He wrote: “I can see Pixel being highly successful for Google in the long run, and the Pixel competes very strongly with the iPhone 7, but I believe it will be hard to convince everyday customers to purchase a Pixel while the brand is new and unfamiliar. As an Android fan I’d comfortably pick it over the iPhone at the same price, but we’ll let the market decide a few months from now how sales react to Google’s offering.” You can read the entire review here.

The reviewer considered it a “breath of fresh air” even though it has its problems: battery life (which is pretty strange since most reviews praised battery life), expensive and Google Assistant still needs improvement. Here is an excerpt from the review: “The clean Android interface is a joy to use, the camera is strong, and the Pixel will happily gobble up any app you throw at it. Add in the fact that you’ll be first in line for future Android software upgrades, and Google has nailed many of the key points with the Pixel.” You can read the review here.

The reviewer was extremely pleased with the Pixel and decided that she is ready to dump her iPhone for the pixel. She also wrote: “I’m totally in love with the Pixel. I love this camera, I love Google Assistant, I love that I’ll get to use it with a comfy VR headset, I love that I finally get a version of Android that is both powerful and attractive. I love that there’s a kickass Android phone that (probably) doesn’t explode. The immediate joke everyone, including me, made on Twitter after the Pixel launch was that Google made an iPhone. Well, that’s true. As it turns out, an iPhone running Android is exactly what I’ve been waiting for” Click here to read her review.

Design apart (I personally consider it to be an ugly-looking smartphone as well, but nothing that a good case can’t solve) it appears that everybody was pretty much satisfied with the Google Pixel. If you read between the lines, you can see that there are minor problems here and there, but not something that the end user will get to complain about too often. In conclusion, Google seems to have struck gold with the release of the Google Pixel and Pixel XL. We’ll just let time decide if their phone is indeed successful and people will rush to buy it in an over-saturated market. However, with the Galaxy Notes exploding and trust falling a bit for Samsung, it might be the perfect moment for Google to grab a big piece of the pie.

What do you think about the Google Pixel? Is it a good or a bad phone?

Google Pixel vs iPhone 7: Can Google Win the Battle?

Google Pixel Smartphones Are Here and They Plan to Impress You

Can You Mine Cryptocurrencies with a Chromebook in 2020?