Chromebook vs Laptop for College: Which One Is Best? 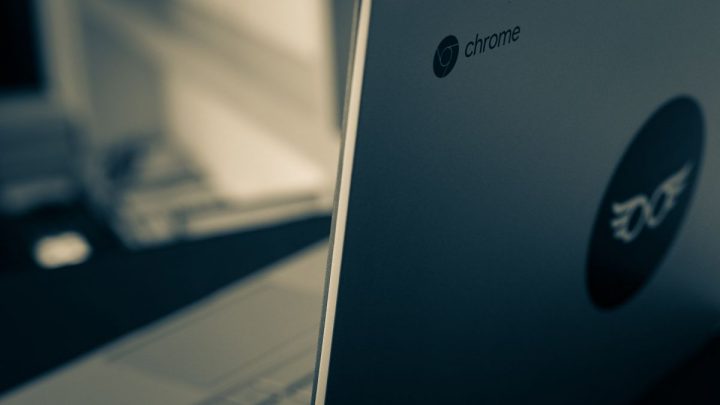 Chromebooks are known as those cheap laptops that some colleges offer for free to their students. But are Chromebooks really good for collage? And most importantly, are Chromebooks better than Laptops for college?

In a purely academic view, Chromebooks are just as good as laptops for college. On a Chromebook, you can write essays, do your homework, do online research and even take part in online learning lessons. But if you need more than this, laptops are the better choice as they offer more processing power, speed, storage and are generally more versatile than Chromebooks.

So the answer to the question in the title varies based on your needs:

Let’s get a bit more in depth and check out the Pros and Cons of both Chromebooks and laptops, so that you can make an educated choice and decide which is the best for your particular situation.

Chromebook vs Laptop: What is Better for College?

The main advantage of Chromebooks is their low price. We have already shared a list of the best ones under $200 – and finding laptops for a similar price is almost impossible. So if you’re on a tight budget, choosing a Chromebook for college is the best way to go.

Chromebooks are created for online usage. You get almost no local storage from a Chromebook (most models offering 16GB of 32GB, even though you can get up to 128GB and sometimes more – but for a price). Everything is created to run online.

Writing documents? Use Google Docs. Need to edit photos? Use Canva or another online app. Store your files? Use Google Cloud! Everything on a Chromebook will be done online.

Including gaming. Which is basically mobile gaming – as you won’t be able to play any AAA title on a Chromebook. Chromebooks will run apps from the Play Store, including games – but you’ll be playing mobile games. So nothing too fancy here, although you can still play games that can be played in a browser.

Chromebooks are cheaper and slower than laptops, but the latter offer increased speed and storage for a price. So you can’t really expect a $200 laptop (if you find any) to be much better than a similarly-priced Chromebook. But I would go as far as saying that a $600 Chromebook is usually a worse choice than a $600 laptop.

However, if you can go to $1,000 or above, you have the option of getting a much better product. This is the thing with laptops: you have the option to buy a faster one, a better one, a more versatile one if needed. Not only for gaming, but for being able to keep more tabs open, edit photos and videos, store more files locally and so on.

But most students don’t really need that. Sure, it’s always good to have a faster, better laptop, but in most cases a Chromebook would be enough.

That’s not the case for all (looking at you, design students & IT students, for example), but in most cases a Chromebook should be just enough for college.

What are the disadvantages of a Chromebook?

There are indeed some disadvantages the Chromebooks have when compared to laptops and we’re going to list them below to have them in mind when making your decision.

1. You need an internet connection

2. You have limited storage

When it comes to physical storage, you will definitely run into problems sooner rather than later on a Chromebook. Most models offer modest amounts of storage – way less than what you can get on a phone, for example.

As a result, you will have to turn to various cloud storage options, and even though many websites offer some storage for free, you will most likely end up having to pay monthly (or yearly) for more.

Cloud storage should indeed be safer than physical storage – but then we get to problem #1: without internet, you won’t be able to access your files.

3. Chromebooks can be pretty slow

One of the reasons why Chromebooks are so cheap is the fact that they don’t have top notch specifications. Even though they are not plain bad or slow, they do have less RAM and older CPUs – or at least models that are not as fast as more modern ones – which means that they can get slow.

It is true that the operating system – the Chrome OS – as well as the apps created for Chromebooks don’t need top resources, but they can still get pretty slow. Especially if you are the kind who keeps multiple browser tabs open and maybe Spotify in the background.

The good news here is that simply keeping fewer tabs open should fix the problem if you indeed have it.

4. Many Windows apps are not available

Since Chromebooks run a different operating system than traditional laptops, you will find out that some programs can’t be installed and ran on them.

For example, Adobe Photoshop – there is an Android version, but it’s a lightweight one that doesn’t even compare with the Windows version in terms of features and complexity.

Also, many Microsoft programs don’t have a version for Chromebooks, including Microsoft Office. You can still use alternatives (like Google Docs, Spreadsheets and so on), but not the “real” deal.

If you are a gamer, then you will be extremely disappointed if you get a Chromebook. You will only be able to play Android games on your device, as AAA titles are too resource-demanding for your device. And actually, most AAA games don’t even have a Chrome OS version.

So unless your favorite game is available on Android devices, you won’t really have any change to play them.

6. They’re usually on the small side

Small laptops are extremely portable, but they are… small. Things sound good initially – a 11.6″ laptop is very easy to carry around, but they get a bit more difficult when you have to use that tiny laptop for a year.

Most Chromebooks are on the small side, so have that in mind. You can find larger ones, including 15.6″ models, but these are usually more expensive. Chromebooks are made to be small, so display sizes under 14″ are what you’re most likely to get.

This means a smaller screen, a smaller keyboard and lower resolutions.

Why do schools use Chromebooks instead of laptops?

Despite all the negatives, many schools and colleges use Chromebooks instead of laptops. There are various reasons why this is happening.

For starters, their low price makes them better options for colleges with many students. Also, Chromebooks don’t necessarily have to be owned by a single student. Due to their nature and the fact that everything is done online, students can move from class to class and use any Chromebook by simply logging in to their Google account – they would have access to all their data this way.

Chromebooks are also durable and can take a bit of a beating, which is extremely useful in schools where younger students learn.

Finally, since Chromebooks don’t really offer the option to run traditional games, they are preferred to traditional laptops as they offer one less potential distraction.

Are Chromebooks good for college students in 2021?

Yes, Chromebooks are good for college students and are a solid alternative to traditional laptops. They are suitable for online learning, homework and school based projects and even though they can’t offer the impressive specifications that a top notch laptop can offer, in most cases that’s not even needed.

Chromebooks are cheap, durable, easy to use and reliable, so they are indeed a solid alternative to the traditional laptop.

However, students who need more processing power, more storage and must use one or more Windows-only apps (or play AAA games) will find that traditional laptops will offer them more. We wrote an article about the best laptops for homeschooling – make sure to check it out!

What about you? Have you used a Chromebook vs a traditional laptop for college? Which was your favorite and why?

Best Laptop for a Teenager (2021 Update)
← Previous
How to Fix a Broken Key on Your Laptop?
Next →
Click here to cancel reply.