Why Unlimited Screen Time Is Good for Kids 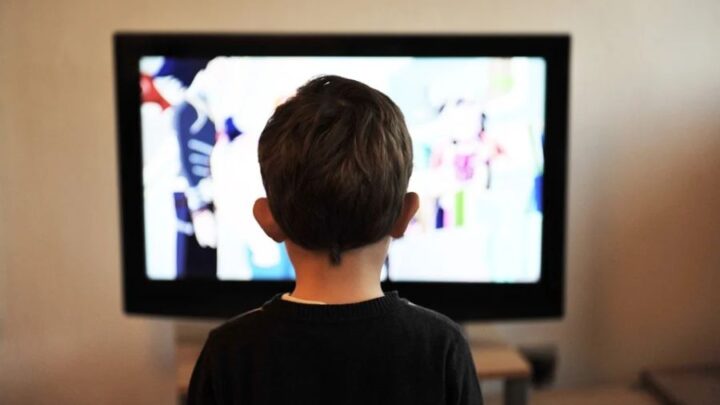 As a parent working all day in front of the computer, passionate about everything that is related to technology (and quite a gamer myself, I would add) it was always difficult for me to decide how much screen time is too much for my kids.

But what is the truth? Well, that’s something nobody really knows, most likely as it depends on a person by person basis. Some swear by limiting the screen time their kids get by as much as possible, while others don’t really care how much time the little ones spend in front of a screen – be it a TV, phone or tablet.

You probably still remember that a while ago I wrote about what’s the best time to buy your kid an iPad. It was pretty much obvious back then that I don’t think we should keep kids away from technology and I still believe that limiting the screen time your kid gets isn’t necessarily a good idea.

Sure, I do refer to my family’s approach as “unlimited screen time” for my kid, but in reality we’ll never allow our sun spend his entire day in front of a screen. That would be extremely unhealthy.

But at the same time, we don’t have very strict limits and are really happy to find out that he managed to get into a sort of a routine, where he mixes studying, spending time away from his tablet or console, doing some sort of exercise and playing with traditional toys… and all that with minimal input from us.

I do believe that it is a thing that you have to start working on early on: help the little fellows understand that screen time is not the only option when it comes to entertaining (or even learning, based on the current situation in the world) and they will definitely understand and set their own acceptable limits.

You do need mutual understanding first and setting some ground rules, the most important being that “unlimited screen time” doesn’t really mean “unlimited”.

We won’t tell him “stop, you spent too much time in front of the tablet” unless he really does that… but he has to understand that there are limitations and he has to learn to take care of his own health.

Because, yes, I know that sitting and staring in front of a screen – I’ve been doing this for more than 20 years if I include my early gaming years – can have a detrimental impact on your health, from back pain to eye problems and everything in between.

But this doesn’t mean that screen time is evil and spending a bit more than the 20 minutes that some experts recommend will ruin a kid. (Really, now, what can you do in just 20 minutes?)

Here are a few more reasons why I believe that unlimited screen time is good for kids and families, but do have in mind that I am not a health expert, so don’t take this as advice – just a personal opinion of a tech guy.

I will always remember our first dentist appointment – probably my first Aha! moment regarding screen time and how it can affect kids in unexpected ways.

Back there, they had Daniel Tiger on the TV (which happens to be a favorite show in our home). My son looked up at the TV, acknowledged the show was on and decided to look at all the new books in front of her instead of an episode of Daniel that he probably knew too well already.

Meanwhile I noticed a boy, around 7 or 8, on the floor in the middle of the office staring at the TV up on the wall.

A little girl was trying to push a cart around the room and couldn’t get by the boy glued to the TV. His mother tried to get his attention in an attempt to move him but he didn’t even respond, so the mom gave up. A little while later, after I had started a conversation with the other parents, the boy jumped up and yelled out.

“Excuse me, can you not talk so loud? I can’t hear the TV. You are being very rude to me.”

He immediately sat down and went back into ‘zombie mode’.

The mom apologized profusely and explained they don’t let him watch TV and it’s a special treat when he goes out. I don’t want that to be my child. Ever.

It can be an educational tool

When I was in the classroom, my favorite surprise was when we had the rare opportunity to bring technology into our education. I loved to be able to stray away from the standardized curriculum and provide a different set of skills, knowledge base and, let’s be honest, a fun way to learn.

Admittedly, I didn’t take much time to watch children’s TV shows back then to understand what could possibly be out there for education based TV and apps. I do now.

In our home, we watch a majority of PBS shows and movies. On most of the children’s channels, the shows provide an educational component for your kids.

Even in most children’s movies you can find some educational direction. You just have to look for it and assure that it aligns with what you want your child to know. Disney Kids is also an example of a TV station that perfectly mixes education with entertainment. And there are plenty more.

And I don’t even want to go into the plethora of learning apps and games available on mobiles, tablets and all platforms. Nowadays, education itself is moving online, so really we should no longer consider these screens the root of all evil.

When you take the time to sit and watch these shows with your kids, you will be able to see some of the learning that takes place and help expand upon it.

You can also use the shows to your advantage in your home by discussing the topics, reinforcing routines, or talking about what they watched to make sure they are understanding the concepts. Ideal learning for kids!

Think about all the things we as moms and dads need to accomplish in a day. When I put on a show for my son, I can do the dishes, switch the laundry, go to the bathroom or even take some time to work on my blog or household computer tasks, even just rest for a few minutes.

I know she is engaged in the show, so she won’t be wandering around the house or getting into something she shouldn’t be. Even if it is for just a short time, that may be all I need.

Of course, I don’t say that you should use this as an escape from your parenting duties. Some will say that it’s a bad thing to do: you should be 100% close to your kid at all times. Well… those are probably not parents talking!

Yes, you do need some alone time and yes, kids can get really annoying. Let them watch a TV show or play a game while you do your own thing. Being around 24/7 won’t do them any good either. We all need some alone time – no matter if that means resting, spending time with our partners or getting some work done.

Some people scoff when I tell them we don’t limit screen time. They instantly go into “education” mode and try to convince me how wrong I am.

“You don’t let him play outside enough!” “He will never excel in school”. “You don’t want to spend that much time with your kid!” “You mean you use the TV as a babysitter.”

I have heard it all. But none of it bothers me. Especially because I know that none of that is true.

Actually, my son is a bright boy who loves to play outside, help out around the house and read books. He loves math more than anything else and challenges himself with all sorts of equations that he loves to solve. He is actually one of the best students in his class, well ahead of the curricula.

Why? Because we spend a lot of time with him, we teach him new things whenever we can, we select the apps and TV shows he watches and we encourage him to develop nicely, to try all things in the world and decide what he likes and what he doesn’t.

If we were to limit his screen time, but ignore him otherwise, we wouldn’t solve anything. This way, we keep him entertained, we keep him educated, we help him expand his horizons and decide what he likes (and what not) and he’s generally happy and active, not trying to just become a couch potato of sorts.

And I attribute this to starting screen time early, getting him used to the TV and other screens so it’s not something he craves; it becomes a part of the world around him.

If you’re thinking about introducing more screen time, do it slowly.

Going against the mainstream can be hard. The experts can make you feel like you are an inferior parent or you are going to mess up your kids forever. Everyone has an opinion, but ultimately you know your kids.

For us, not limiting screen time works well. For other families, it may not work. I’m sharing our strategy to encourage others that may be in the similar situations and to maybe open the eyes of those parents who feel they want to ignore the ‘experts’ and just need encouragement.

In the end, it is our choice to make and our responsibility to do what we feel is best for our kids.

How to Uninstall Uber and Delete Your Uber Account Permanently
← Previous
Guide to Facebook Avatars: How to Create, Edit & Get the Most Out of Them
Next →
Click here to cancel reply.