He’s just 5, but my son has his own iPad. It’s an older iPad Air that I passed over when upgrading to the latest iPad, but even before that he had access to the tablet since he was a bit over 3. But should you buy an iPad for your Kid? If so – when to get your child an iPad? These are some of the questions that we’ll answer in today’s article.

As you probably imagine, this does draw some stares and angry looks from other parents and passers by and we’ve had more than one person tell us that our son is too young for a tablet. This, while he was casually beating high score records in an endless runner based on his favorite cartoon.

But are tablets really that bad for a kid’s development? If you listen to some voices, you’d be inclined to believe that iPads are coming straight from hell to destroy our children.

Of course, I completely disagree. I believe that you should buy your kid an iPad – or at least let them play on one.

Why? Because this is the world that we’re living in, a world where modern technology is so advanced that you’ll be left behind if you don’t know how to take advantage of it. If you can’t handle a computer, if you fail to keep up with the developments in the industry, there’s a great risk of not being able to reach your maximum potential.

iPads – like any tablet or smartphone – are not the devil. They are actually amazing tools that will help your children develop skills that they would otherwise find it difficult to, as well as learn a plethora of amazing, useful stuff.

There are so many educational apps and games available for kids of all ages that you really can’t find something better. My child, for example, learned a lot about numbers, maths, improved his vocabulary and learned a bit of geography from the apps that we have carefully selected for him. He has greatly improved his eye to hand coordination, learned to be patient, learned to strategize and think in advance, as well as be competitive without fearing failure – all from the games that he played on his iPad. 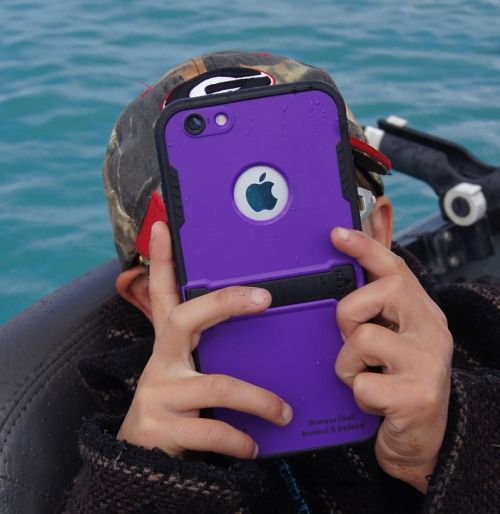 Kids are also having a ton of fun when they use an iPad – the apps are colorful, interactive and appealing to them as opposed to most books or materials for a child’s education.

Sure, we grew up just fine using pencils and blank pieces of paper, but that doesn’t mean that anything that’s new or an improvement to the old ways is inherently bad. On the contrary – these little devices are extremely useful in keeping your kids interested in education and their own development, as long as you know how to select the content that they receive.

The problem with iPads – or general tablets and smartphones – is that many parents use them as a “keep ’em busy to leave us alone” type of gadget. I admit, we did that more than once as well and it’s not our proudest parenting method. And definitely not the way you should approach this “give my kid an iPad” problem.

You see, tablets are indeed great at keeping the little fellows busy and they would probably shut up and stare at the screen, trying to accomplish whatever it is they’re doing… for hours and hours. But this does not help them at all – nor yourself in the long run and this is why many people criticize tablets and believe that young children should not have access to one.

But with a bit of planning and scheduling and sticking to your words, the iPad can prove to be a Pandora’s box of goodies and learning materials.

We started with a rule: just 30 minutes per day using the tablet for our kid. This was when he was 3, and we have added 10 more minutes each year. This means that now, at 5, he’s getting a total of 50 minutes of tablet time that he can use throughout the day. Half of it is used with apps that we select and he’s free to choose what he does for the rest of the time.

Of course, ALL the apps and games on the tablet are installed by ourselves, after careful consideration. You should do the same, in order to make sure that they are age-appropriate and educative. And don’t worry about the “educative” part: most, if not all, educational apps and games on the App Store are extremely fun and make learning a joy!

I believe that this answers the main question: Should you buy an iPad for your kid? 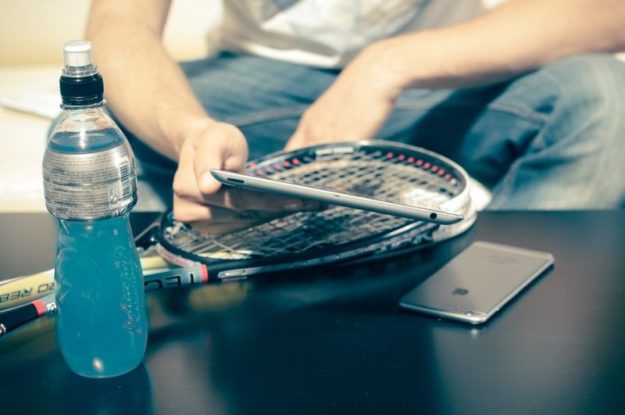 Yes, but make sure you have a schedule set and you won’t end up losing your kid to the tablet. There are indeed many things for them to learn from the apps and games there, but the risks of addiction (without them even realizing it) are huge. Not to mention the lack of human interaction and risks for embracing a sedentary lifestyle that come along with extended usage of technology.

I know that it’s extremely easy to give the kid a tablet or a phone and forget that they even exist – but was this why you created life? Not to know that they are there?

Also, we have to mention the potential radiation problem. There is intense debate here on how much harm does the WiFi/cellular data do to a child (and everybody else) and there’s no answer that everybody agrees with. However, the WHO (World Health Organization) recommends that children should be exposed to technology for a limited amount of time: no exposure until the age of 2, just one hour per day between 3-5 years and just 2 hours between 6 and 18.

These numbers seem very restrictive (since they’re talking about all technology, not just iPads!) but they definitely have a solid reason for recommending them.

When to buy your kid a tablet?

Kids are clumsy and iPads are expensive. Therefore, I wouldn’t really recommend buying them a new one until you are 100% sure that they can be extra careful. This is also something that can be easily learned: our kid has the utmost care of his tablet and it did took us some time to have him learn how valuable it is. Constantly reminding him that if he drops it, he won’t have one to play on certainly helped.

But still, they are young and accidents happen. Therefore, I believe that the best option is to do what we did: pass them an older model when you get a new one for yourself. I actually bought a brand new cover for my old iPad before giving it to him and he was happy with his “new tablet”.

If you really want to buy a new one for them, I think that you shouldn’t do it until they are 6 or, even better, 7. By this age they are probably as careful as they can be and can understand the importance of keeping their treasure in one piece.

Many people frown when they see kids playing on tables, but we should understand that getting one for your kid is not just about mindless entertainment. With your help, the iPad will turn into a really valuable gadget that will help you educate your child and help them improve as individuals.

Don’t get one just to let them play whatever game is popular and never look at them afterwards. Set a schedule, carefully select the apps and games that they have installed and let them enjoy and embrace technology. The future is tech-based and they can be left behind fast.

What is your opinion, though? Should you buy your child and iPad or not?