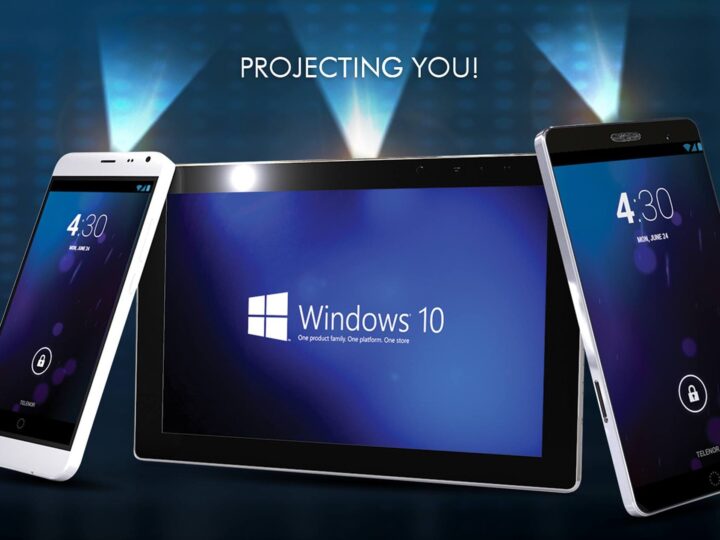 It’s not very common to have smartphones or tablets with built-in projectors, which probably means that most people don’t need them, but there’s certainly a market for those as well and startup company Akyumen seems to target that market with the launch of a new line of products that have built in projectors. And the devices are really interesting actually: read on to find out more about them!

To put things short, Akyumen is planning the launch of a really interesting phablet, a 7-inch device that can run two operating systems: Android and Windows (more on this below). They also have a more traditional 5.5-inch Android phone and a 10.1-inch Windows tablet planned for release.

Their most interesting product is by far the Holofone Phablet, a 7-inch device that apparently is a dual-OS phablet: it runs on Windows 10, but is also compatible with Android. In other words, you can probably switch from using it as a phone (Android) to using it as a Windows 10 tablet and accessing its built-in projector or whatever you might need from the Windows OS.

Next in line is their Hawk Android phone, a 5.5-inch device with a 35 lumen projector that’s built in. It is powered by an octa-core processor, 3GB of RAM, has 128GB of storage so the stats look really nice. The price will be similar to that of the Holofone, running between $750 and $900.

Finally, they are planning to launch the Falcon Projector tablet, a 10.1-inch device that has similar specs with the phablet and a similar price, but better battery life and a slightly better projector.

It’s pretty clear that the expected selling point of these extremely powerful phones and tablets is exactly the built-in projector, but this bonus is also the thing that makes them a bit chubbier and probably heavier than other devices and that’s probably a big turn off for many. But we’ll see how they do once they’re launched and probably for those who really need a projector they will provide great value.

Pre-order set for Dec. 6 release. replacing Huawei media pad T1 8.0 inch pablet ( too big to haul around). Looking forward to having a PC in my pocket & a projector.

They must be wanted with great demand if their first 650,000 units they had ready for September 1st release time was sold out, before that release date. Their next shipment release time is for October 1st. Wonder when the sales on them will be all taken...