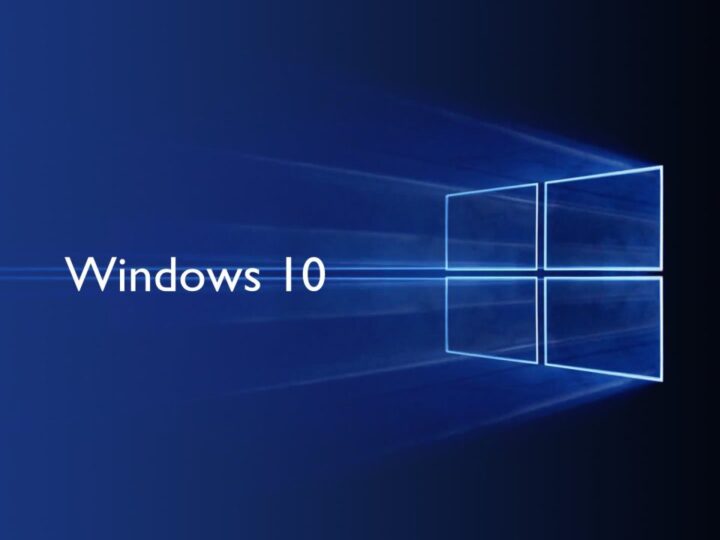 Progress is awesome indeed and new operating systems bring in a lot of new features. But at the same time, they are becoming less and less compatible with older programs and games.

And sometimes you just want to run that old DOS game that you loved when you were a kid. Or a software or anything. And you can’t do that natively on Windows 10. Even Windows XP programs might not run on Microsoft’s latest operating system…

However, there are some things that you can do in order to make sure that you can still run your favorite old games and programs on Windows 10 and I am here to help you achieve that. And trust me, it’s a lot easier than you might first believe it is!

So today, we’re going to check out a complete guide on how to make older games and programs run flawlessly on Windows 10.

How to run Windows XP programs and games on Win 10

Even though it seems that Windows XP was launched yesterday, the truth is that it’s been 19 years since it was launched, so we can indeed consider it old.

This means that many of the software that is compatible with XP might not work well in Win 10 (although many still do).

If you want to run games or programs that work well with Windows XP but give you headaches in Windows 10, you should try running them as an Administrator. This usually fixes the problem!

In order to do so, just right click the shortcut in the list of applications or right click the executable in its folder and select “Run as administrator”. It’s simple and it usually gets the work done!

If it doesn’t, you can try to run your application with Win XP Compatibility settings enabled: right click the shortcut to your application/game and select “Open file location”.

In the folder, right click the executable (the file that launches the application) and select “Properties”.

Click the Compatibility tab and either run the compatibility wizard or simply select it to run in Windows XP mode – it doesn’t really matter which service pack you choose, I usually go with SP3.

How to run old games that came on CDs or DVDs

Back in the days, things like SafeDisc and SecuROM DRM were all over the place as an effort from game developers and publishers to stop piracy.

Today, these are outdated and no longer used and Windows 10 doesn’t like them at all (like no other end users did back when they were popular).

Unfortunately, if you have a game that uses SafeDisc or SecuROM DRM, things are a little bit more complicated if you want to make them compatible with Windows 10.

First thing you should try is to visit the website of the game in question and hope that the developers have a patch available, one that removes these annoying DRMs. Download and apply it in order to enjoy your old games.

However, in most cases, such patches are not available. If tha’ts the case, you should try installing a Virtual Machine (more on this below) or search the internet for “Game’s title no CD” – the latter is not really the best choice because this involves torrent websites and you can get some viruses in the process.

But in many cases it works, and since you have already paid for the game, it can’t be considered piracy. Just make sure you have an antivirus program running to prevent anything bad from happening.

If you really like the game and nothing works, you can try buying them again on Steam or GoG if they are still available. Chances are that they’ll also be very cheap if they have been released a couple decades ago.

How to Run a Virtual Machine on Windows 10

Windows 10 decided to completely dump the possibility to easily run a virtual Windows XP copy from the OS itself, but this doesn’t mean that it’s not doable.

You can download and install a virtual machine software like Virtual Box (which is free to use) which allows you to install Windows XP, for example (or any other operating system) and run that older operating system within Windows 10, making all programs and games that require the older OS run flawlessly.

Of course, you also need a valid Windows XP license in order to install it – so have this in mind as the virtual machine itself doesn’t come with Windows XP or any other operating system pre-installed.

But if you do have that license, this should solve all the problems that you have when it comes to running old games and programs on your more recent operating system.

If you would like to play some of the classic games in the golden era of gaming – like the original Wolfenstein, Dune 2 and all the other DOS games, then things are somewhat easier.

Easier, because most of these games are available for free over the internet and most of them can be played in a browser window.

However, if you want the full functionality (like the ability to save games, for example) you will need to download, install and run a free app called DosBox.

Just install it, and it will allow you to run any old DOS game or program and relive those great moments from the golden era of gaming – or at least the era that started it all!

Most of the abandonware websites offering these games for free also come bundled with DosBox, so in most cases just downloading the game from there should make it compatible with your modern operating system.

But if you somehow still have the original copy, installing the free DosBox will do!

There you have it! These are the methods you can use in order to run older games and programs on Windows 10. Start with the easy methods and if somehow they don’t work, move to the more advanced ones.

One thing is certain, though: you will still be able to run your favorite programs in the latest OS version from Windows. Even if that means working a bit to find a way to do it.

Best External 4TB Hard Drive / HDD for 2020
← Previous
Can You Use Different RAM Sticks Together?
Next →
Click here to cancel reply.