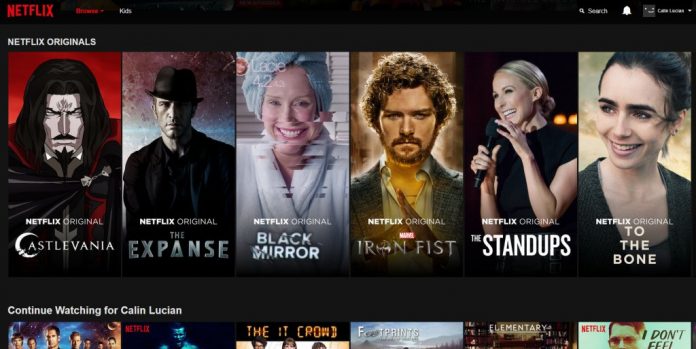 The truth is that Virtual Private Networks aren’t as scary as you might consider them to be. Even more, in most cases, you will not need one in order to watch Netflix when visiting another country!

Good news, right? Well, it’s not all peaches and cream, unfortunately. But we’re going to clear the problem out once and for all in today’s article about watching Netflix abroad.

Do you need a VPN to watch Netflix when traveling?

When you’re visiting another country, you can log in without restriction to your Netflix account on your laptop (or Chromebook for Netflix if you have one), phone or whatever device you’re normally using to for it. Netflix is not a service that won’t work in other countries, fortunately.

It doesn’t matter where in the world you are. If you have a Netflix subscription, you can log in to your account and watch movies and shows. All you need is an active internet connection – so you don’t need a VPN or any other special devices to log in.

However, there is a catch!

The actual content that you can watch will most likely vary depending on the country you’re in. Each country has a different offering of TV Shows and Movies available on Netflix, mostly due to licensing rights that the company has or doesn’t have. And even though the vast majority of content is available on Netflix everywhere, some content is only watchable in specific regions.

For example, if you live in the US and have a Netflix account, and you travel for example to Eastern Europe, you won’t have access to many of the shows and movies you normally do back in the States.

There will always be differences between countries in terms of content offered. The good news is that usually the shows and movies created by Netflix are available worldwide with no restrictions – and since they’re investing more and more into this type of content, the chances of you not being able to watch your favorites are slim.

Let’s check out some numbers to paint a clearer example! Website Finder compares the number of TV Shows and Movies available in the US on Netflix versus the rest of the world. Here is some interesting data:

Albania seems to do the worst at the moment, with just 33 TV shows available on top of 200 movies. At the other pole stands Puerto Rico with 1073 TV shows and 3807 movies.

In other words, the amount of content available on Netflix varies greatly from country to country and even though the numbers increase each year, there will always be limitations on what you can watch.

Fortunately, there is method that you can use if you want to access a different country’s Netflix library (such as the US library when traveling to Albania) and that is a VPN.

How to get access to the entire Netflix library when traveling abroad?

We’ll start by explaining what a Virtual Private Network does. To keep it simple, this is a service that allows you to make Netflix believe that you are accessing their service from a different country than the one you are in.

For example, you can be in the UK and use a VPN to make Netflix believe that you are actually in the US. This way, you will get access to the entire US library.

This works from every country in the world and allows you to mask your origin as being from anywhere else in the world. Pretty neat!

For obvious reasons, though, using a VPN is risky and against Netflix’ terms of service. However, it’s usually difficult for them to actually find out that you’re really using a VPN and there are many people using such a service to make sure that they don’t miss on their favorite TV shows when traveling abroad.

Even more it appears that you have fewer chances of being penalized (like getting your account cancelled) if you use a VPN to watch content from your account’s country when traveling.

But either way, understand that Netflix frowns upon the use of VPNs and it is against their terms, so you risk getting your account canceled if you do use one. Chances are slim, as I said, but they exist.

In most cases, Netflix just blocks your access and you get a message saying that they’ve detected a proxy and require you to stop using it – they don’t risk losing a client without giving them a chance to straighten up first.

So, to answer the question, even though you don’t need a VPN to access Netflix and watch TV shows or Movies when traveling in another country, you will need one if the TV show or Movie you’d like to watch is not available in the country you’re in.

In other words, if you really want to see your favorite movie, going with a VPN that works with Netflix comes with minor risks.

For the rest of the world, simply watching whatever is available in the destination country works just great! And if you’re looking for a cheap smartphone to watch Netflix, we’ve already shared that with you in a previous article, so make sure to check that one out as well.