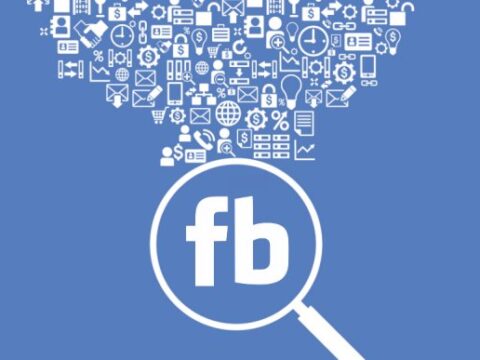 You’ve probably seen people on Facebook who only have one name attached to their profile instead of the full name you generally see. You probably thought it’s cool to have that – but if you tried to remove your last name on Facebook, you surely saw that it’s impossible.

Well, it’s not really impossible, but you have to work a bit to make Facebook hide your last name from your public profile. And I am here to share with you a complete, step by step tutorial on how to make Facebook show only your first name! And trust me, it won’t be too difficult and it does help you stand out a little bit.

Before you start this, have in mind that the main reason why Facebook requires a full name (ideally your real name too), is because it was created as a real social network, allowing real people to connect, become friends and share ideas.

It is easier to do or say things that you wouldn’t want associated with your person if you’re not using your name. And even though at the moment you can still choose absolutely any name you wish and most likely not trigger any alarms (so the system is not flawless), Facebook does have that basic protection to force people use their own identities by not allowing its users to show just their first name. Or just one name, actually.

However, there is a loophole that allows you to – and that’s what we’re talking about in today’s article. So let’s find out how to make Facebook hide your last name!

There is (at least) one country in this world where using your last name is not mandatory. People in Indonesia don’t really use their last name and Facebook knows about that and respects that. This is the loophole that we can exploit, but it will require a bit of work on your side.

In order to make Facebook hide your last name and only show your first name everywhere, you will have to trick the platform to believe that you are living in Indonesia. You can’t just change your country because the social network has filters in place to know your location. Sure, you could be born there and now living in another country… but no system is perfect.

So unless you plan to really visit Indonesia, but you do want Facebook to only show your first name, you will have to use a VPN.

A VPN is a Virtual Private Network that tricks Facebook in our case to believe that we’re actually logging into the platform from a different country. You can install such a VPN by adding this free Google Chrome extension to the Chrome browser.

(If you don’t use Chrome, you will have to download it for free first). Don’t worry – you can uninstall it afterwards if you don’t want to use it, but you will need it to make this work. It’s free and has been around for a long time now, so you shouldn’t have any problems using it.

After installing the Geoproxy extension in Chrome, log in to your Facebook account. Go to your settings, click the Language button and set your language to “Bahasa Indonesia” (don’t navigate away from this page afterwards!):

Now, in the upper right corner, hit the Geoproxy button and select Indonesia, then hit search. Select any IP on the list, as that will actually fake your location as coming from somewhere in Indonesia:

Now go back to your Facebook page and click the option in the upper left corner (it reads “Umum” which is your account setting). Now click the edit link “Sunting” near your name and only write your first name / erase your last name:

Now the platform will believe that you are an Indonesian who wants to take advantage of their right to only use one name instead of the full one, and it will only show your first name. It can be just one word, obviously, but it can be more.

Finally, you will want to change the language from Indonesian to whatever language you were using. Simply hit the “Bahasa” link on the left side and set your language back to what it was:

This is it! You have now changed your Facebook profile and it will only show your first name! Don’t forget to also deactivate the proxy or uninstall the Geoproxy extension altogether if you no longer want to use it.

In some occasions, the Facebook bots will actually get a red flag and change your name back to what it was (or prompt you to change your name back). You might also get reported by people who don’t like the way that you did something that they can’t. You never know – it has happened to me in the past, though, so that’s a possibility.

If that happens, don’t hurry to change your name immediately. Give it a couple of weeks before trying again.

And this would be all! You know now how to change your name on Facebook so that it only shows your first name (or a single name) – good luck on making that happen. If you have additional questions, or if some of the steps in my tutorial are not clear enough, let me know by commenting below!

Viber Share Location: How to Deactivate or Activate It
← Previous
PS4 Fan too Loud and Overheating? Here Is How to Fix It
Next →
Click here to cancel reply.

Still works in Feb 2021 if you were wondering!

My proxy is saying “Sorry. I e couldn’t find any working proxies now. Please try again later.” But has been saying this for 2 days now.

It worked! :) Btw, if I want to go back to my original location on geoproxy, will facebook prompt me to add surname or settings will not be changed cos I already had my first name approved already? Thanks a lot!

This really depends from case to case. But usually, they will not ask you to revert back to a full name.