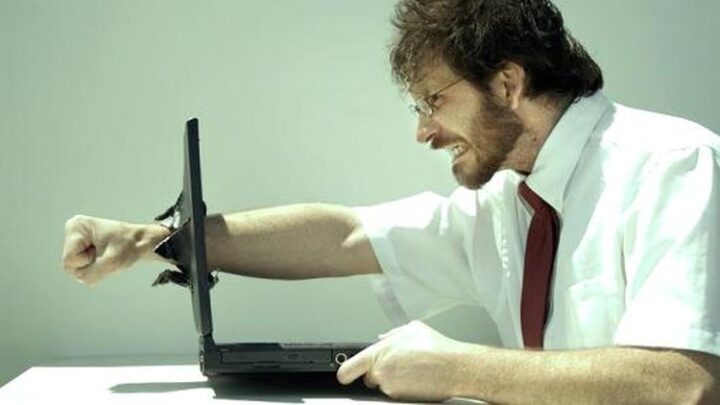 Today’s article is more of a rant, but also a wake-up call for everybody out there who’s ready to listen (and hopefully to Facebook as well). Today is the day that I decided to stop using Facebook.

Today I realized, after trying for a couple of days to control the information I get to see on Facebook and make the social platform actually deliver stuff that I am interested in seeing, that it is impossible. No matter what I did, no matter what I tried, it was impossible for me to reduce the amount of crap that Facebook was throwing at me.

And I’m not talking about sponsored content and ads – those don’t really upset me because I consider they don’t overdo it in this area. I’m talking about things I really don’t care about – things that end up on my timeline no matter what, usually shared by my Facebook friends.

Others are in different situations and they probably don’t care too much about the problem I have with Facebook and the way it bombards me with time wasting spam. But everybody should care, because I don’t think this is normal.

I realized a couple of days ago that I spend an awful lot of time on Facebook, checking out statuses from people I barely know. The guy I met once and added on Facebook keeps sharing dirty, eye catching articles on Facebook and they appear on my Timeline.

That girl I exchanged three words with and added on Facebook loves to share photos of kittens and dogs and all sorts of funny videos.

I have old high school friends that I haven’t seen in ages who bombard my Timeline with photos of their wonderful kids, their vacations, their dinners and lunches and new shoes and that leaf that looks like a hand and it’s, oh, so cute!

The truth is that maybe 90% of the “information” that appears on social media – on our Facebook timeline in this case – is stuff that doesn’t help us at all. We don’t learn anything from it, we don’t become better persons, we don’t make more money or friends or anything productive or useful.

The truth is that it’s mostly about some sort of strange, modern instant gratification and the tickling of some instincts of ours, especially our curiosity. Of course I don’t mind getting a glimpse of other people’s life, to compare theirs with mine. Of course I don’t mind having a laugh at a funny video or learn that the people in Kosh-Dobo, Kyrgyzstan found a rock that looks exactly like Elvis Presley.

But does that matter at all? Does that really help me?

It took me a while to first unfriend a ton of people I had no idea who they were. Out of the 300 and something left, I started unfollowing a ton. My point was that I only wanted to keep the ones that are truly close to me, those that I care about and therefore receive more information that I am interested in.

Because it didn’t happen.

People that I though posted rarely on Facebook started to appear on my Timeline now. I was starting to get updates on their shares and likes and memes and other crap from people that I was actually interested in following.

I want to know what my aunt does, I want to check out her photos and I would love to read her status updates. But I don’t want to see the articles she shares with her geriatric friends or the tens of comments she posts in baking groups, wondering why her cake tastes like socks.

I don’t care to read articles about asylums, breakthroughs in God-knows what disease or read a recipe for chocolate fudge.

I only want to know what my friends and family do. See the photos they upload. Read their own thoughts. And that’s it!

I started investigating how to do that: how to hide articles and photos that my Facebook friends like and/or share. It seems that a while ago you had a lot of control on what would appear on your Timeline (being able to tick off comments, shares and likes), but that’s no longer the case.

You now have no control over that and you are bombarded with stuff people close to you do and share and like. Which might make sense for many, but I don’t care about that. I am busy, I don’t have time to waste – and neither should any of us!

We have no control over what Facebook throws at us and it’s actually our friends and acquaintances who do the dirty work!

I started unfollowing even more people (sorry, auntie!) hoping that reducing the number of people I actually follow will reduce the time I’m wasting scrolling down my Timeline. It didn’t happen.

I believe that Facebook has a sort of an algorithm – or better said a quota of stories that it has to throw at you. You have a news feed and that should constantly be fed with something, so that you’re always hooked, that you’re always there, scrolling down like a zombie and ingesting stuff you don’t really care about.

The fewer people I had, the more I had unfollowed, the more I had selected to “see less like this”, the more crap I was getting from people I actually cared about. Because that Timeline has to be filled with something and Facebook does its best to always have content with you. Content which, of course, becomes even less interesting to you the fewer sources it has to choose from.

In the end, I was only left with very few, very close friends as well as family. I started hating them all: Facebook was starting to share with me all their likes, their comments, their shares. Everything that didn’t matter to me at all.

So I have decided to quit Facebook completely. I will no longer use it. I won’t delete my account, though because I still want to be able to check out on people I really like and want to know more about. And it will be easier: will I ever want to know what my old pal Matt from college is doing nowadays? I will simply visit his profile, check his photos and status updates.

Do I want to know who my first girlfriend is dating? I will simply visit her profile and see. As long as we’re friends, I can just visit their profile and see what they shared if and when I really want to.

I am slowly getting my life back and I won’t miss any of that. I will actually have more time for myself, for doing stuff that matters.

Either way, I already instantly forgot 90% of the things I saw and read during my endless browsing down my Timeline. It’s true that I would laugh at jokes, at memes, at videos… but I would immediately forget them because more would come, just as fun, just as interesting, but just for the moment. I don’t gain anything except from the illusion of instant gratification. And I’m sick and tired of illusions!

And those are not the only illusions on Facebook. Facebook (like all social media, actually) is where you are fed nothing but lies. Where everybody is happy. Where everybody lives a perfect life. Where everybody eats good food, smells good, looks good. It’s all a lie. The cake is a lie!

If I want all that fantasy, I can read a good book. I can watch a movie. I end up wasting fewer hours this way and I might even learn something. Or at least I will be truly entertained and for sure it will be my choice to do so.

I one of those guys who grew up without Facebook, without smartphones and without as much technology as we have today.

I was born on the mid 80s and somehow I managed to survive and live well without knowing, all the time, where all my friends and acquaintances are, what they’re doing and what their thoughts are. I don’t really need to know what they eat every time they go out, who they’re meeting with and what they do.

I don’t mind being able to know that, but I prefer to choose the moment I do. And if Facebook doesn’t allow me to just receive the information I want, then Facebook is not something I need. (And yes, the same applies for most social media).

It has been 3 years since I originally wrote this article and things have changed a bit. I was only able to live without Facebook for maybe 3-4 months. The fact that I still had an account that I had to use for my job didn’t help.

But even today, a few years after deciding to reduce time I spent on social media, things are so much better. I am not spending 90% less time than I used to spend on Facebook. I still have just a few friends that I follow and every day in the morning the Timeline shows me the most interesting stuff from them (so they did improve the AI a bit).

If I scroll down a lot or refresh the page multiple times during the day, I start getting things I’m not interested in again. But I no longer do that.

Instagram? I no longer use it. Twitter? I don’t even remember my password. Reddit? Yes, I’m still using that and I love it for most of the time, because there at least I set some very specific interests and only receive posts that matter to me. It’s still a bit of a time waste, but better than how it was three years ago.

Instant messaging apps – I don’t use them. I have deleted my Snapchat, I have uninstalled Whatsapp, but I still have Facebook Messenger (but no group chats). Things are a lot better.

It was very difficult to get to where I am now. I would always end up – especially early on, suffering of some sort of a procrastination withdrawal. There were moments when I simply didn’t know what to do and the only thing I could think of to fill my time was browsing Facebook to see what my friends have done. (Or Instagram, which was even more useless in my opinion).

But I no longer do that and I can say that my life is a lot better because of that. I get more things done on a daily basis, I have more free time at the end of the day and to this date, during all these years, I never had a moment in my life when I regretted doing this. Because, yes, this is not something vital.

The important information – the stuff that really matters – gets to us anyway during these modern times. So no risks here!

What do you think? Do you consider me a Neanderthal who just can’t accept and understand the modern world or you agree – at least a little bit – with my pain and sadness? (And yes, you can share this on Facebook, ha!)

nice article on facebook.i really agree with your thoughts.every one is wasting the precious time in facebook.but we get business leads through facebook which is a plus point .if we use facebook wisely means it is helpful otherwise waste of time.