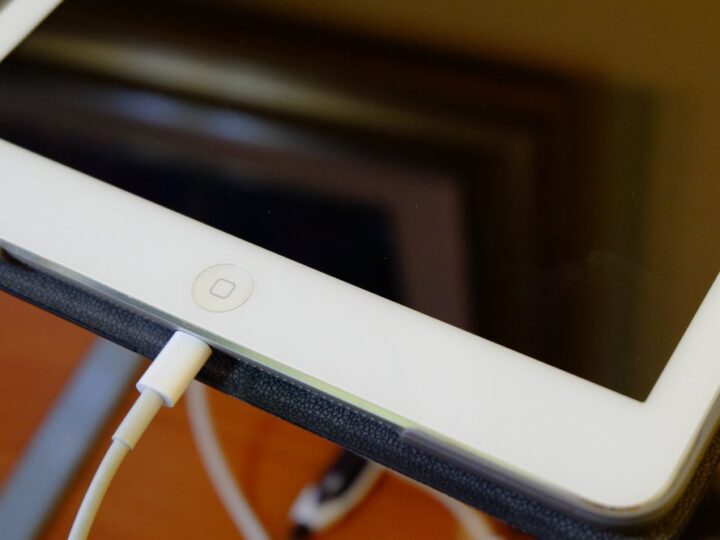 Despite what most people say, I still love tablets and I love my iPad even more. But sometimes, our iPad will charge incredibly slow and that becomes pretty annoying after a while. Fortunately, unless your iPad has a problem (which is rarely the case), you can fix this and I am here to share with you a complete guide on what to do to fix your iPad if it’s slow to charge.

This guide works for any type of iPad model, older or newer, so it will help you fix the slow charging of the new iPad, iPad Air and iPad Air 2, iPad Mini or iPad Pro. Yup, as I said – it will help with any type of model and you don’t have to be tech savvy in order to make it work!

With these in mind, let’s not waste a single second and instead let’s find out below all the things you can do to charge your iPad faster!

On most occasions, the culprit for a slow charging iPad is the power brick (which you plug in to a wall socket when you want to charge your device). The iPad requires a special charging cable, one which is different from the iPhone cable.

Also, many of the fake (as in not manufactured by Apple) cables will not be good enough to charge your iPad fast. That is because the iPad requires a 12W cable for charging, while the iPhone cable as well as other cables will only provide 5W.

So make sure that you’re actually using your iPad’s original power brick & cable or an original iPad charging cable. Don’t rush to buy a new set though unless the other potential fixes in our articles don’t work. But usually the most common reason for a slow charging iPad is using the wrong cable – I’ve been there on many occasions because, truth be told, they all look the same!

It’s a good idea to restart your iPad every now and then even if you don’t have any problems. Sometimes, this might fix the slow charging iPad as well.

In order to restart your iPad, simply hold the Home and sleep buttons for about 15 seconds – until the Apple logo appears. This will reboot/restart your iPad and it could be the easy fix for your problem!

No matter what, your iPad will charge a lot faster if you switch to Airplane Mode. This means that your Wi-Fi (and/or cellular data if you have a model using that) will stop working and many of the apps that constantly use it (like Facebook, email, Messenger and so on) will stop updating, but your battery will charge faster.

In order to turn Airplane mode on, you can swipe up on the display to bring the quick settings menu and tap the airplane icon there. Alternately, you can tap the Settings icon and enable the switch near the Airplane Mode tab in the top left sidebar.

Remember to deactivate the Airplane mode after your device has charged completely and all your apps will start working again, updating themselves and giving you any potentially missed notifications.

4. Close all apps or shut your iPad down

To make things even faster, after turning Airplane mode on, you should close all apps running in the background and all active apps. All these active apps use battery power, and shutting them down will in turn help the battery recharge faster.

Alternately, for the fastest possible charge, you could simply turn off your iPad and keep it turned off until it’s fully charged.

5. Charge it using a wall socket

Although some modern Macs and Computers have USB ports that might handle charging the iPad, most have older USB slots that offer a lot less than what your device needs. This is why it’s usually a better idea to charge it using the wall charger instead of the USB charger connected to a computer – that will take ages in most cases!

Don’t forget that it’s recommended to let your iPad’s battery drain completely once every 1-2 months, then fully charge your device in order to keep your battery in a good condition and especially to get accurate readings on how much battery you have left.

So these would be the things you should try in order to make your iPad charge a lot faster. As I said, in most cases it’s using the wrong power brick / cable combo (and it’s easy to mix them up if you have an iPhone too). However, all the other tips that I shared with you will help charge your device faster.