Nowadays, few things are more annoying than a poor WiFi signal. And even though in most cases there’s not much you can do about it, if the poor signal is in your place, there are fortunately a few things that you can try to do in order to improve it. And we’re going to talk about them all in today’s article on how to boost the WiFi signal strength at your home.

There are many things – some of which might sound silly – that could interfere with your WiFi signal and we’re going to cover them all, as well as common WiFi issues and anything else that could end up with you having a poor wireless internet reception in all rooms. And then you’ll know how to fix them and enjoy the new strength of your WiFi signal.

So let’s not waste any time and instead let’s check out below some ways to improve the WiFi signal in your house so that you never have to deal with Wi-fi connection problems again.

1. Make sure that your router is in the center of your home

This goes especially well with larger houses, especially if your router doesn’t have a great range from the beginning. But even if it does and it is hidden inside a closet or cabinet or tucked away behind other objects, its signal strength will degrade.

You’ll be surprised to find out how much your WiFi signal strength can increase if you simple place your router in a better location. And somewhere in the center of your house is where you want it to be.

If you place your router in a central location, the signal will cover all the areas around it much better. If you have it in a corner of the house, it will send half of the signal to the neighbors and just half towards your rooms, resulting in poor signal in farther away places. So always try to have it in the middle so that the signal is equally sent around it.

2. Get large furniture out of the router’s way

Of course, you won’t have to redecorate your entire house just to get better WiFi signal (but, really, would you?) but at least consider the furniture you have when deciding where you place or move your router.

Large pieces of furniture will make it difficult for the signal to pass through. The same goes with thick walls, but there’s not much you can do about these…

The fewer things the signal has to go through, the better the reception will be. This also includes the usually thin mirrors – their metal layer usually reflects the WiFi signal, resulting in a loss as well. Other metallic things interfere with the signal too, so keep it as far away from those as possible.

3. Place your router near the ceiling 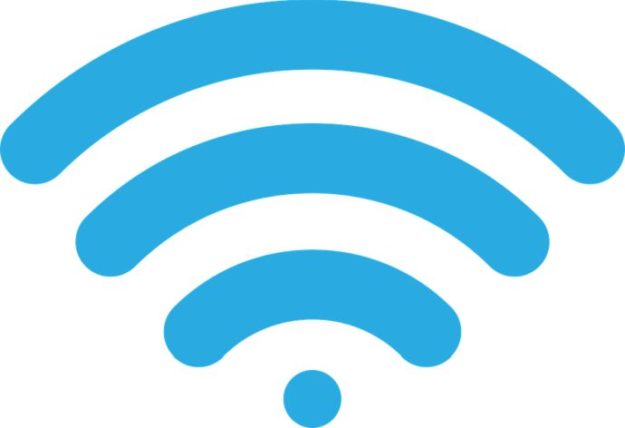 Probably some of you who are more home design-oriented are already frowning when they hear this, but if it is something you could do, you would get a much better WiFi signal throughout your house.

The thing goes with the previous tip: if you have your router places somewhere up high, close to the ceiling, it will be above most furniture pieces and it will have to travel through fewer things to get to your devices.

If nailing it close to the ceiling is not an option, at least consider placing it a bit higher than the floor. A bookcase, the TV shelf, a desk… anything goes here, as long as your router is as high up as possible. The reason why you want to do this is that the WiFi signal does a much better job of traveling downward and sideways than it does up.

4. Replace or reposition the router’s antenna

That small thing that is the router’s antenna is what drives the WiFi signal in the right direction and you’ll be surprised to find out that simply repositioning it could have a major impact over the strength of your wireless internet signal.

It also depends on how many antennas you have – if your router has more antennas, this gives you more options related to their placement, while one doesn’t give you that many.

Either way, consider pointing the antenna towards the direction where your WiFi signal is poor. Usually, having your router’s antenna in a vertical position means that vertical reception will be increased, while rotating it to narrow the angle will increase horizontal coverage.

If your router has two or more antennas, it would be ideal to rotate them and place them in such a way that most positions are covered.

Or you could simply replace your antenna(s). This is not something that all router models allow you to do, so make sure to check that out before trying. But if it’s possible to replace is and especially if your router is a bit older, simply replacing the antenna might improve the quality of the WiFi signal throughout your home.

5. Get a WiFi Bridge / WiFi Extender

This is the kind of thing that you should go for if all the other methods fail, but I wanted to write about it here to make sure that you actually get to read about it. Because, in most cases, a Wireless Bridge is everything you need to solve the problems related to the wireless signal strength across your home.

A wireless bridge is basically a wireless signal extender: you install it halfway between the router and the area where the signal is poor and it simply gets the signal from your router and sends it forward. If you have this, you will probably not have to even look at the other potential fixes for your WiFi signal. 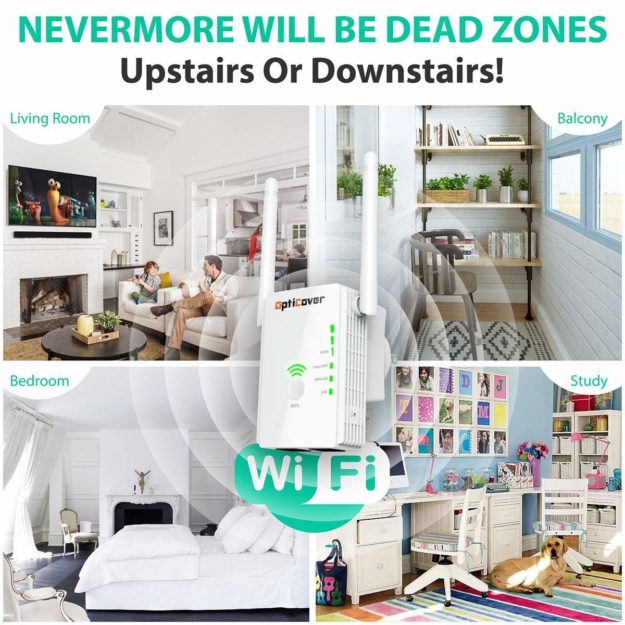 The downside is that unlike most of our recommended fixes, this one isn’t free. It’s not expensive either – check out the #1 Amazon bestseller at the moment of writing this, the amazing OptiCover WiFi Extender. (affiliate link)

Even though routers are getting smarter when it comes to choosing the right channel for Wifi, there are still so many things that could go wrong.

The thing with the channel used by your router is that there’s a default one selected by the manufacturers of your current product. If there are more similar products in range (for example, if your neighbors have similar routers), then you’d all compete over the same space. Simply changing the channel would fix that.

What you want to do is to switch to a channel that nearby WiFi networks don’t use. You can check them out by getting into the command prompt on Windows and typing: netsh wlan show all

In order to get to command prompt in Windows 10, press the Win Key + R then type cmd and press Enter.

After using that line to see which channels are the most crowded, simply log in to your router’s admin interface (this is done via an internet browser and the method varies depending on the router you’re using. Google your model to find out how to do it – it’s easier than it might sound!). Once logged in there, switch to a channel that’s not used and your WiFi signal strength will increase by a ton!

Important: Have in mind that the 802.11n and 802.11g routers work best on the following three channels: 1, 6 or 11. We recommend you stick to these three and switch the one that is not being used as much by other networks.

These would be the easiest and best methods for you to try in order to improve the WiFi signal strength in your home. I strongly recommend getting that Wifi Extender since it’s the easiest way out, but do try all the other recommended methods as they will all improve your signal at least a bit – maybe just enough to save you the extra money you’d spend on the WiFi Extender.