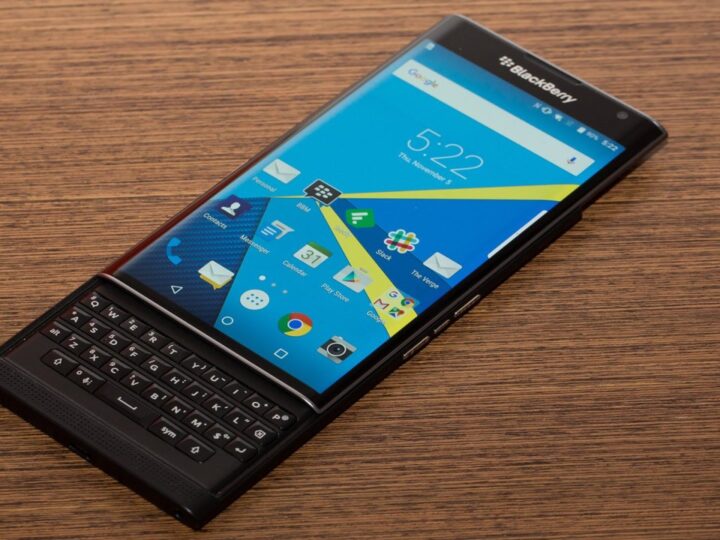 Some people considered that they are dead and gone, while many others see no point in having a physical keyboard on their phone anymore, but BlackBerry just doesn’t want to give up. After launching the BlackBerry Priv last year – a phone that didn’t set the world on fire and didn’t manage to put BlackBerry back on the best selling charts, the manufacturer decided to give it a new go and is planning to release three new Android phones in the near future: the BlackBerry Neon, BlackBerry Argon & BlackBerry Mercury.

According to Venture Beat, BlackBerry Neon is the first model that the company will release and it’s closer than ever, being scheduled for release this August.

It’s a mid-range smartphone that completely ditches the iconic BlackBerry keyboard and replaces it with a 5.2in Full HD touchscreen. It has a Qualcomm Snapdragon 617 processor, 3GB of RAM and 16GB of storage.

It’s rumored to come with a 13MP camera as well and a solid battery of 2,610mAh. In other words, we’re talking about a decent phone – but we’ll see exactly how it goes in August when it hits the store shelves.

BlackBerry Argon is coming afterwards, sometimes in October, being aimed at the enterprise market. Apparently, this will also be a mode without a keyboard, will have a slightly bigger display (5.5-inch), as well as better overall specifications: Qualcomm’s Snapdragon 820 SoC, 4GB of RAM, 32GB of internal storage, and a 3000mAh battery.

The camera will be really good at 21MP (plus an 8MP frontal camera). It will also feature a nice fingerprint reader and USB Type-C charging port.

Finally, the third model scheduled for release is BlackBerry Mercury, but it won’t come before the first quarter of 2017. It will feature a smaller touchscreen – 4.7″ – but also the keyboard that made the BBs famous. Unlike the Priv’s keyboard, this one won’t be concealable.

It’s also a mid-range phone powered by a Qualcomm Snapdragon 625 processor, 3GB of RAM and offering 32GB of storage.

No pricing details have been made available, but it is expected that these models will be priced fairer than the BlackBerry Priv, whose price was considered by many the reason why it didn’t sell. Only time will tell if these models will manage to save BlackBerry and keep them on the market.

Even though I personally see no point in having a real keyboard on my smartphone, I am sure others do so for them and the sake of the people working for the company, I hope that these three models sell well.