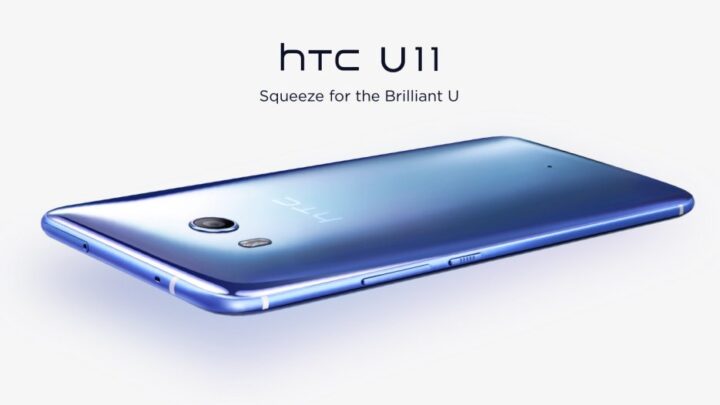 HTC U11 has been unveiled by HTC and the upcoming flaghsip smartphone has a bunch of really pleasant surprises in store for us. These new surprises will sound great especially for those interested in taking high quality photos with their devices, but also those looking for new and original ways to use their phone.

It’s definitely interesting, but I am not sure that this is actually a game changer. But who knows, maybe the future will see various apps taking advantage of this extra feature. Mobile games, for example, could really use this extra command in order to offer improved gameplay and more mechanics in the future.

But the thing that will surely impress most users is the camera setup. HTC U11 certainly did their best to meet the requirements in today’s world, where photo shooting capabilities of the phones are deal breakers (or not).

And the U11 certainly offers an amazing deal, with its 12MP rear-facing camera and an impressive 16MP front-facing camera. But it’s the main camera that steals the show and delivers what seems to be the best performance when it comes to mobile cameras.

Independent camera reviewer dxomark has tested the performance of the device’s camera and was pleased. So pleased, actually, that they gave this camera the most points ever, making it the best smartphone camera with a score of 90 points out of 100. The previous leader was Google Pixel with 89 points.

Either way, leader or not, the photos you can take with the HTC U11 are absolutely impressive and you can see some – as well as comparison shots over at dxomark.

Apart from these two top features, here are other important specifications of the U11:

The phone itself looks really good and will launch soon, sometime in early June. This is definitely one to consider as your next purchase as it ticks all the right boxes. If you’re an avid photo taker (or shoot videos since they are of the highest quality as well), then you definitely must give the U11 a try!

How to Add Music to Your Snapchat Videos (Snapchat Guide)
← Previous
How to Record a Google Hangout Session / Video Call
Next →
Click here to cancel reply.