After months of rumors and endless speculation, Google has finally unveiled Youtube TV, their virtual cable TV service that’s surely giving some chills down the spine to its major competitors. Coming with a really low monthly price and some really good features, Youtube TV does seem to have what it takes to become extremely popular.

We’re going to share with you all the details on YouTube TV in this article, from the monthly price to channels that you’ll be able to live stream and everything in between. So let’s not waste a single second – there’s a lot of interesting stuff to learn about this new service.

We have to start by saying that Youtube TV will be completely different (a different app, that is) from Youtube. The service will cost $35 per month and it will give access to 6 users to a series of live broadcast and cable channels. And although things are looking pretty good when it comes to the channels available, you’ll notice that there are still some big names missing on the list.

Here are the channels that Youtube TV will offer upon launch: 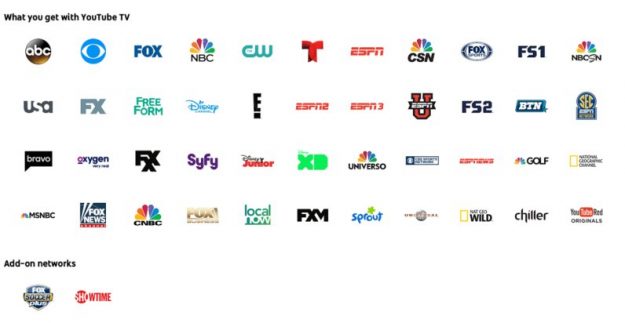 As you can see, there are big channels missing from the list. Viacom and Turner Broadcasting are missing, so you’re not getting the likes of Comedy Central, MTV, Discovery, CNN, TBS, AMC, TNT and so on.

However, Youtube TV still has some aces up its sleeve compared to its main competitors. One of the biggest feature is called Cloud DVR. This allows you to save an unlimited number of shows to the cloud and watch them whenever you have time. You will need an internet connection to do this, but having unlimited storage for all your favorite shows at no extra price is something no other service is offering at the moment.

You also get access to all YouTube RED content (which normally costs $9.99 per month), so that’s another extra that other providers don’t have. So even though there are some channels missing and other live broadcasting services offer more channels, YouTube TV has its advantages and still covers a ton of channels. Plus, there’s always a chance for more to be added if the service proves to be popular. 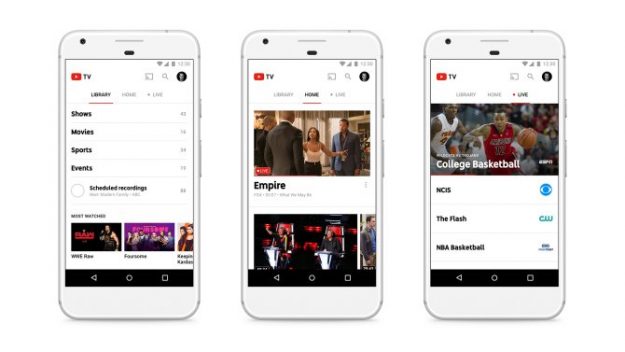 There is no official word on the exact time of release, but you can sign up on the welcome page of the service and be notified when it will be available in your area. Youtube TV will launch in “major US markets” then it will expand to other cities as well. Again, there are no exact details on what this means, but definitely Youtube TV will take it slow at first and ensure that everything is working as expected.

So these would be the details about the upcoming YouTube TV. Are you interested in this service? Is this something you’d sign up for instead of traditional cable?