Windows 10 has rolled yet another update that will probably decide to install when you are in a real hurry. But that’s how things usually go and we have to deal with this every now and then to keep our operating system in the best possible shape.

But today we’re going to talk about the Windows 10 October 2018 update and what changes it brings, since – just like most Windows updates out there – things are not obvious after you install it.

One of the biggest things brought in by this update, especially if you love playing games on your computer, is the fact that the DXR technology (DirectX Raytracing) is finally out of experimental mode and out in the wild. Here’s the scoop on it:

“Real-time raytracing is often quoted as being the holy grail of graphics and it’s a key part of a decades-long dream to achieve realism in games,” is written on the Microsoft Development Blog. “Today marks a key milestone in making this dream a reality: gamers now have access to both the OS and hardware to support real-time raytracing in games. With the first few titles powered by DirectX Raytracing just around the corner, we’re about to take the first step into a raytraced future.”

Realism will hit new levels now that this feature is live, but we’ll still have to wait a bit until we’ll be able to fully test it, as right now there are no games out there supporting this tech. But once they’re out, you’ll be able to see the difference, as it is obvious in this Battlefield V image: 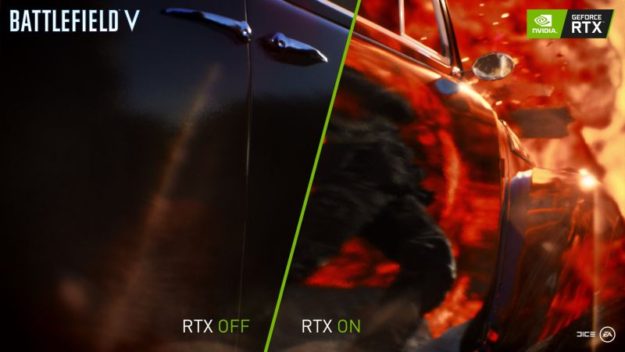 And even though this is probably the biggest news regarding the Windows 10 October 2018 update, there are many other changes that Microsoft has made, which might or might not matter to you.

1. Among these, we have the “Your Phone App” which basically improves functionality between your Android phone and Windows. It solves many of the problems that will now be a thing of the past, including the annoying thing that I abused – sending emails with photos from my phone. 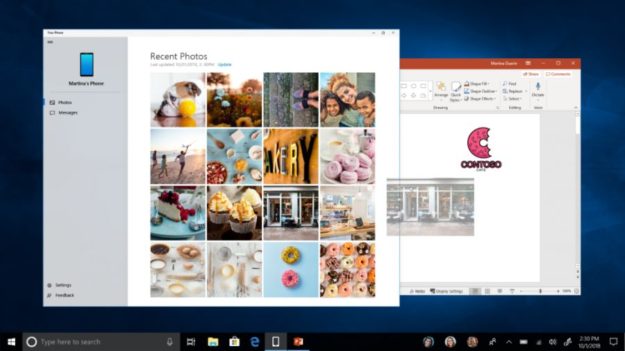 The Your Phone App for Windows also works with iPhones, but it has fewer features and doesn’t support sharing of images – and much of the other goodies that they offer for Android phones. For now, at least.

Here’s a bit more on what you should expect this new app to do: Snap a pic on your Android phone, see it on your PC. You can also drag and drop photos from your phone onto your PC. And you can copy, edit or ink that photo, right from your PC. Text your friends, group message and type with a keyboard — Your Phone app allows you to view, send and receive the SMS from your Android, on your PC. 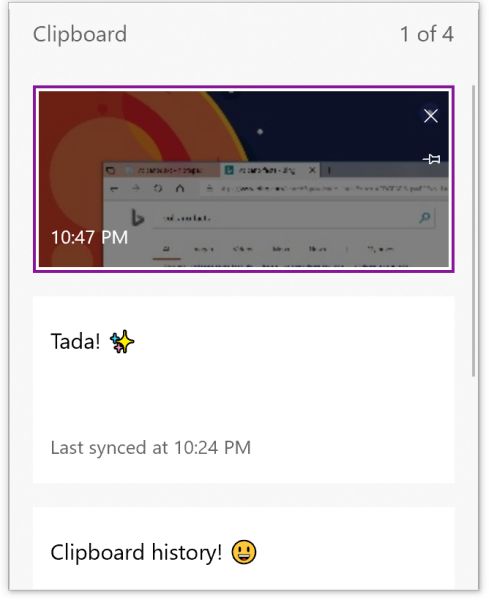 I didn’t really think that the clipboard will ever be improved (or that it actually needed to be improved), but here it is, and we’re extremely happy with how things look. It basically improves the functionality of the classic clipboard, with the biggest change being that you can copy and save some of the text for later use – so you won’t have to continously copy the same thing over and over again – instead, just find the copied text in your history, or even pin the most important lines that you constantly need.

A massive new thing that gives you the chance to easily find files, emails and documents in a saved chronological order on your computer. This was actually introduced back in the summer of 2018, but now it’s going to be available on your smartphones as well, meaning that you can easily continue doing whatever you were doing on a device and move to another. Easy peasy!

4 to infinity: there are a ton of other features that we personally consider less useful or relevant, but they might be pure gold for those who use them. For example, we’re talking about new PowerPoint, like Inking and 3D features; Microsoft To-Do comes to your aid to keep you organized; the Snip & Sketch feature replaces Screen Sketch and makes it a lot easier for you to capture your screen and doodle; while the classic Outlook itself got a major revamp and Microsoft’s internet browser Edge got a ton of tweaks as well.

You can read about all these changes and much more in depth over at Microsoft’s blog, or you can trust me that the features listed above are indeed the biggest and best that matter. Either way, the Windows 10 October 2018 update was massive!