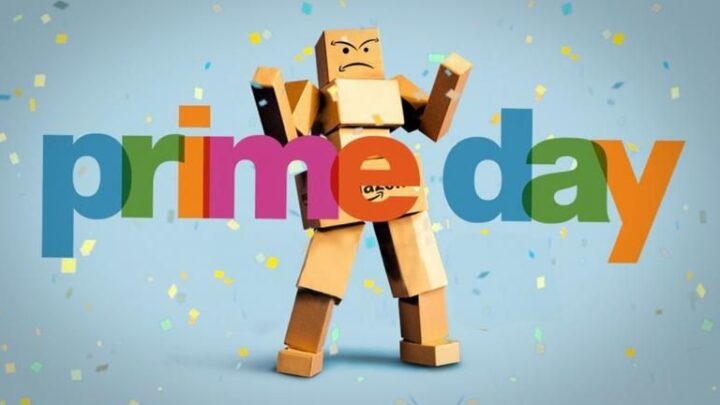 Amazon’s Prime day is one of the biggest and most important discount-offering days of the year, created specifically for Amazon Prime Customers. Created by Amazon in an apparent attempt to battle the Black Friday extravaganza, it has become an extremely popular event worldwide where customers can buy a ton of amazing products from Amazon with huge discounts.

But when is Amazon Prime Day 2018? This is the question that everybody asks nowadays in an attempt to prepare for this amazing event… and we might have the answer for you.

Apparently Amazon themselves have leaked the date for Amazon Prime Day 2018 and the folks over at TechRadar have found it through a banner. And according to that banner, the Amazon Prime Day 2018 will begin on July 16 and last for a whooping 36 hours. This is 6 hours more than the previous Prime Day and we should prepare for a ton of super discounts.

Although the date itself hasn’t been officially confirmed by Amazon, it makes sense to have Prime Day start on July 16th. It was expected to be sometime in July and the 16th makes perfect sense because it’s just one day after the big World Cup final. This means that there will be no other major events drawing in the attention of potential customers.

Prime Day was initially a celebration for Amazon’s US customers only, but since its original debut in 2015, more and more countries were added to the deal. In 2017, for example, this amazing day filled with discounts was available in the US, Canada, the UK, Spain, Mexico, Japan, Italy, India, Germany, France, China, Belgium, and Austria. Most likely the same will happen this year – and new locations might be added (like the recently launched Amazon Australia, maybe).

Either way, Amazon’s Prime Day 2018 is expected to be a true celebration of discounts and amazing deals and it alone would make getting a Prime membership worthwhile (although there are a ton more bonuses which you can read about on Amazon). This special event grew bigger and better since its launch and it was Amazon’s second best selling day in its history in 2017, only surpassed by the Cyber Monday 2017 event.

Although it’s very difficult to say what exact products will enjoy huge discounts during Amazon’s 2018 Prime Day, we are almost certain that Amazon’s own products will sell at very low prices (like the Echo, Kindle and so on), but we are also expecting huge discounts for everything in the tech area (laptops, TV, games and consoles), as well as top deals in basically every department.

This year Amazon will definitely look to build on last year’s success of their own discounts event and I am sure that they will have amazing deals for all customers in all countries. So definitely keep an eye on Amazon starting July 16th and prepare for a true celebration of amazing prices. And don’t forget to get a Prime membership (affiliate link) to actually take advantage of all these amazing discounts.

How to Fix YouTube App Logging Out of the Xbox One
← Previous
Top 10 Tips & Tricks to Take Better Photos with Your Drone
Next →
Click here to cancel reply.