Superscreen is one of the most important gadgets to be released this year, something that the entire world needed and now that it’s going to be a reality I can only wonder how come nobody else thought about this before.

So what is Superscreen? It is a device with a large display – 10.1″ – which can be connected wirelessly to your phone and mirror it instantly. Basically, this innovative gadget turns your phone into a tablet instantly, giving you a larger screen which is something that most users want and the main reason why most of us buy tablets in the first place.

But Superscreen won’t only mirror your phone, it will also allow you to perform any task you would normally perform on your phone, so this makes it even more impressive. So you are really turning your phone into a tablet and you won’t have to pay for a monthly fee: just buy the tablet and you’re all set! Pretty amazing and it does offer tablets a run for their money! 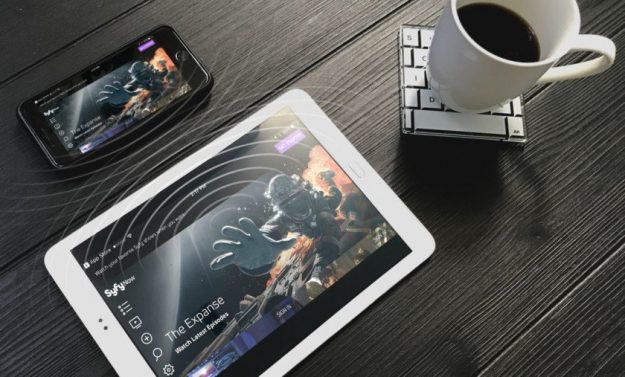 And that’s not all! Superscreen comes equipped with a 5MP rear camera and a 2MP front-facing camera (so the front camera offers more megapixels than the new iPad) and it saves photos automatically on your phone. It has a battery life of about 12 hours of continuous usage, build-in Bluetooth, a headphones jack and an USB-C port. It also uses a Touch recognition technology so it works with smartphones that already use this feature.

The most interesting thing about Superscreen is that it works with most smartphones on the market: iPhones, or smartphones manufactured by Samsung, Google, Asus, OnePlus, LG, Sony and so on. You basically get this tabled once and you will be able to use it with future smartphone releases as well. It is (at least in theory because tech could change eventually) a one in a lifetime purchase: you get your Superscreen, then use it with any smartphone, even after you upgrade. Pretty cool!

This gadget connects to your smartphone wirelessly, but its manufacturers claim that they have a patent-pending technology that “transfers data between your phone at industry leading speeds as far as 100 feet away regardless of obstructions”. Now that’s a great thing to know!

Superscreen is currently running a campaign on Kickstarter, but it was already funded in its first hour after going live. At the moment of writing this article, over $500,000 were pledged and there are still 28 days to go. If you decide to pledge, you will get your Superscreen device for $99 (it is expected to sell for $299 when launched) – so it’s really a good deal if you’re ready to wait until December, when the company estimates to launch it.

For $300 you can actually buy a decent tablet, but it will probably become obsolete in one-two years, while the Superscreen should run for as long as you have a smartphone. But at $99, it’s definitely worth buying and I am surely signing up to get mine now.

I mean, it’s the perfect device: you get to use your phone when you’re on the go and instantly switch to Superscreen when you’re at home or at the office, get the larger screen and better experience. It’s perfect!