2017 was the year of the cryptocurrency boom and 2018 will most likely be even better. But there is much more than Bitcoin to invest in and that’s exactly what we’re going to talk about in today’s article: the best cryptocurrencies to invest in 2018.

Also known as altcoins (from alternative coins or Bitcoin alternatives), there are over 1,000 cryptocurrencies that you can purchase at the moment. Many of these are coins that will disappear from the market, while many others will remain at their current price and never make any impact. But there’s a few of them which will explode in 2018, recording massive gains and giving huge profits to smart investors. These will be the best coins of 2018!

But before we move on and check out these recommended coins, there’s a word of caution from our side: remember that the cryptocurrency world is still an extremely volatile market. Anything can happen and this was proven on numerous occasions in 2017 already.

In other words, investing in any cryptocurrency, be it BTC, ETH or anything else is extremely risky. Our recommendations below should not be taken as financial advice, just a personal opinion of the author. You are the only person responsible for your decisions and there’s the possibility that all of the coins listed below will crash and burn. So do your own due diligence before investing in any altcoin and understand the risks associated with this!

Now scary things aside, let’s see which are the best cryptocurrencies to invest in 2018 in our opinion. We estimate huge gains here, with profits of at least 100% from January to December. 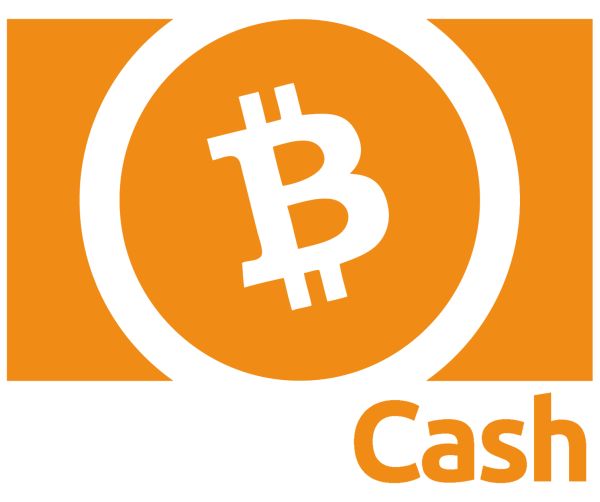 I strongly believe that 2018 will be the year of BCC, just like 2017 was the year of BTC. I am not saying that Bitcoin will vanish or crash below $1,000, but BCC will slowly start to take over. The coin has already shown a massive increase in its value since its birth in August 2017 and we have more and more big names in the industry supporting or at least trusting Bitcoin Cash more than the original Bitcoin. This is the reason why I think it will be one of the biggest and best coins of 2018.

You can find out more about BCC on its official website here. 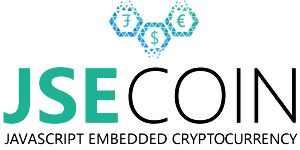 Flying under the radar right now with very few people aware of it, this is a truly revolutionary coin in two major areas:

– first, it allows its users to mine it in their own internet browser. This means that anybody with a computer can easily mine this coin without blowing up their electricity costs.

– second, it plans to change the way website advertising works. Instead of the annoying banners that more and more people are starting to get fed up with, JSEcoin will allow website owners to use a code and have their users mine JSEcoins for them. This will have minimal impact over the electricity bill or the performance of the website. The best way to approach this, in my opinion, because websites have bills to pay to, but visitors don’t like ads.

All in all, I have really high hopes for JSEcoin in 2018. You can find out more about it here.

This altcoin has been getting a lot of attention lately and for all the right reasons. Acting as an always-free payment method for everything related to Internet-of-things, the coin only needs a bit more attention and acceptance from the world in order to explode in value.

It has already started to make some waves in December 2017 and I believe it will continue its upward trend, establishing itself as one of the best coins on the market. Everybody wants low processing times and transaction fees, and IOTA is one of those coins that offers it.

You can find out more about IOTA on its official website here.

There are several altcoins that promise to do what Monaco wants to – more or less, but my choice is clear: MCO all the way! They are basically offering debit cards that its owners can use to make transactions instantly, with very low fees compared to those of regular banks and hold their money in MCO. Basically, MCO makes it easier to spend your altcoins and turn them into your local currency at an ATM. This is pure gold, in my opinion!

You can find out more about MCO on its official website here.

The main reason why I am placing this on the list is the fact that the company behind Waves is working with the Moscow stock exchange to develop a potential digital blockchain platform to serve digital assets including cryptocurrencies and tokenized assets. They also have a very solid presence in Russia, already being partners with Burger King Russia, Gazprombank Digital, Microsoft Azure and much, much more.

As you can see, 2018 has a lot of potential for Waves, who will kick off some amazing products and partnerships, meaning that the price of the coin can only go up (or at least that’s what I estimate will happen).

You can find out more about Waves on its official website. There’s also a nice list of current partnerships on Medium – check it to find out why I say that there’s a ton of potential here!

Another Bitcoin alternative – at least for banks, Ripple has already seen steady growth in 2017 and I am sure the trend will continue going up as new partnerships are launched. So even though Bitcoin is the more popular choice right now, XRP is more profitable for banks, so most likely this will be picked up by them in the future.

They have already partnered with tens of banks worldwide, and even more are in testing phases and the more partnerships they sign, the more value they’ll get. Simple in concept and most likely to generate nice profits for those investing in this coin.

You can find out more about Ripple on its official website.

With so many competitors, it’s difficult to say that ETH will do well in 2018. But having in mind that there are so many big and medium coins built on Ethereum and most ICOs nowadays are built on this platform – while the token is used to support these ICOs, I don’t think Ether is going anywhere than up next year.

There is constant work done to make ETH better, the community is great and the potential is huge here, even if the ICO trend keeps going down. Put some money here for some unspectacular, but still nice profits!

In case you want to find out more, you can check out Ethereum’s website here.

And now three more coins that we consider even riskier, but which could make even bigger gains in 2018:

As if cryptocurrnecies weren’t risky enough, SALT brings loans and lending into play, making it even riskier. But with high risks come high gains and I believe that SALT has everything that it’s required to go big in 2018.

SALT allows its users to leverage their blockchain assets to secure cash loans. Fast and easy to use, offering minimal interest rates, this altcoin has it all figured out apparently. We’ll just have to see if it works – and 2018 will be the year when we’ll find that out. You can check it out here.

For a coin that was started as a project announced on a forum, NEM has gone a long way. Financial institutions are currently in the works with the platform – and it’s mostly Japan we’re talking about, which is one of the biggest players in the cryptocurrency world today. They claim that their service will help reduce banking infrastructure costs by 90%.

You can find out more about XEM here. 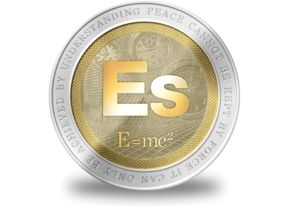 Scientific research doesn’t seem to be a place where tons of money can be found, but in this case, I am going to risk it and put some money into Einsteinium because I have faith in humanity and the scientific breakthroughs this platform can contribute to.

There are big and beautiful plans for this coin, including a debit card working with EMC2, the Einsteinium Awards and much more. There are big risks associated with this coin because, as I said, science isn’t really appealing to the masses, but hopefully they will find a way to do it right. There were already some nice spikes in 2017 showing great promise and great potential, now all we have to hope for is that the coin can keep growing constantly as well.

You can find out more about Einsteinum on its official website.

So these would be the cryptocurrencies we believe will return the biggest profits in 2018 to investors and record massive gains. As you can see, we went the safe route and only recommended some of the better known currencies out there.

Chances are that a few altcoins that are extremely small right now will make it big and record spectacular gains, but it’s impossible to anticipate those coins. I would never recommend to anybody to invest a lot of money into an unknown or very small coin, just based on the gut feeling that it will record a 1,000% increase in price. Better go with the safe 50% constantly (which is still achievable in the cryptocurrency world right now).

Now I’m passing this over to you: which are the best cryptocurrencies / altcoins to invest in 2018, in your opinion? What’s your top pick and what other coins are you planning to buy or hold for a stellar 2018?