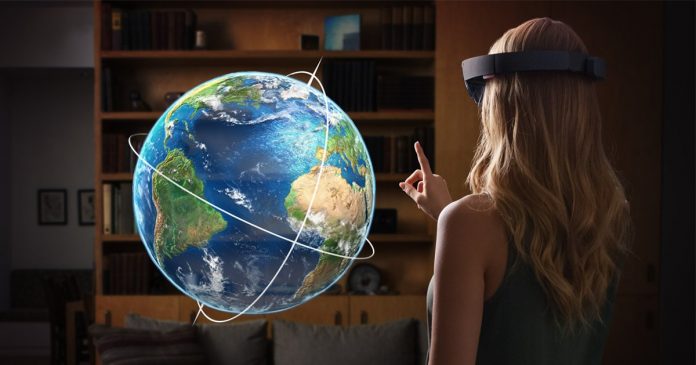 Dubbed the world’s first wearable holographic computer, Microsoft’s HoloLens is extremely impressive and also quite pricey at $3,000. The fact that Microsoft didn’t officially reveal the complete specifications and details about their HoloLens made many people wonder if it’s really worth the money or, even more, if the technology used justifies the high price tag.

Well, thanks to the nice folks over at Windows Central, who decided to analyze Microsoft’s gadget, we now have the full specifications and they are indeed pretty much impressive. So here are the complete Hololens specs:

Impressive indeed, but still not out of this world! I am actually surprised to see that the HoloLens only has 114 MB of dedicated Video Memory, while the processor running at 1.04 GHz makes me think how big smartphones have gotten today. The highlight here is Microsoft’s custom coprocessor, the Holographic Processing Unit which is said to be able to process terabytes of information from the sensors of the gadget. The battery is not too impressive either, offering just about 2 hours of play time, while the Camera is clearly old school to say the most.

Even though all these specifications would make you believe that Microsoft’s trying to rip you off asking for $3,000 for their product, the truth is that their device also has a ton of sensors that make the magic happen and they’re extremely important in the mix – and probably also the most expensive.

I don’t know much about VR or Augmented Reality, the costs of sensors and such – but at least we all know now the complete hardware specs of the HoloLens. If the entire product is worth $3000 – now that’s for you to decide!

How to Reach 0% CPU Usage when Computer / Laptop Is Idle

How to Stop Your Wallpaper from Moving on Your iPhone Screen

How to Disable OK Google / Hey Google on Your Android...

How to Fix Crackling Speakers that Make Popping Sounds

Dell’s Alienware 13 OLED Laptop Allows for Gaming on a Small...