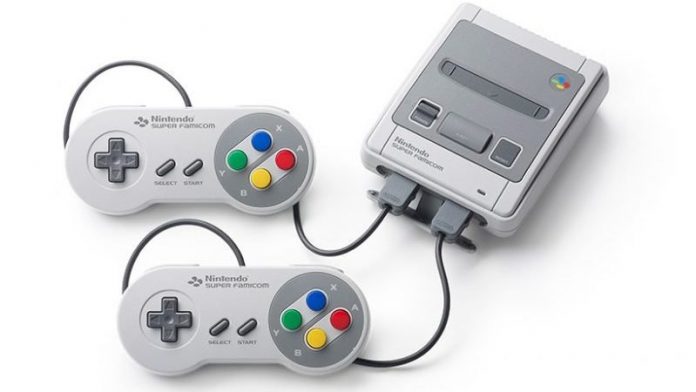 It seems that this year’s trend is companies trying to cash on gamers’ nostalgia. Various remakes of older consoles have been announced to be released later this year: the SNES Classic Edition from Nintendo, Sega Genesis Flashback, Atari Flashback… and so on.

But this doesn’t stop companies to keep on delivering (and I am sure that gamers won’t stop buying!) This time, Nintendo is working on releasing a Super Famicom Mini to tickle that nostalgia spot. However, the upcoming device is only slated for release in Japan at the moment. But I do see some petitions in the future and hopefully the new console will be pushed worldwide.

The Super Famicom Mini doesn’t offer much change in terms of games that you’ll be able to play on it, which is a good thing in the end. Some games have been changed ans switched, replaced with titles that were extremely popular in Japan.

The Super Famicom Mini will also feature the never-released before Star Fox 2, but I really don’t understand why they had to remove those great games from the lineup. I really doubt that storage limitations were the cause, but one can never know for sure.

So even though in terms of functionality and mostly in terms of games we’re talking about the same product as the SNES Classic Edition, the Japanese exclusive Super Famicon still looks different and is obviously a different thing. Not sure if it would be worth a trip to Japan just to purchase one, though…

The Super Famicom Mini will be launched in Japan on October 7, a bit early for the Christmas shopping craze in my opinion. Pricing details haven’t been revealed yet, but if you want one you should get one because Nintendo estimates that all production will last through this year and it seems that they don’t plan to build more. But only time will tell that…
[quads id=2]

Facebook Messenger: How to Delete Messages / Conversations or Archive Them...

NVIDIA GeForce GTX 1070 Goes on Sale: Where to Buy Now

This Indestructible iPhone 7 Is Made of Carbon Fiber and Costs...