Apple has announced a bunch of new goodies during their latest conference and, even though many people claimed that the Apple Watch stole the show, I believe that is was, just like always, the iPhone that mattered to the public. And with an iPhone XS incoming, the burning question is here: should you get an iPhone X or an iPhone XS?

Further more, some people are already considering dumping their “old” iPhone X and getting the XS instead. But is that worth it? We’re going to find out in today’s article!

In order to do that, we’re going to compare the main characteristics of each phone model. You will be surprised to find out that, actually, the differences are not that big. That should be expected, though, having in mind that not a lot of time has passed between the two releases. 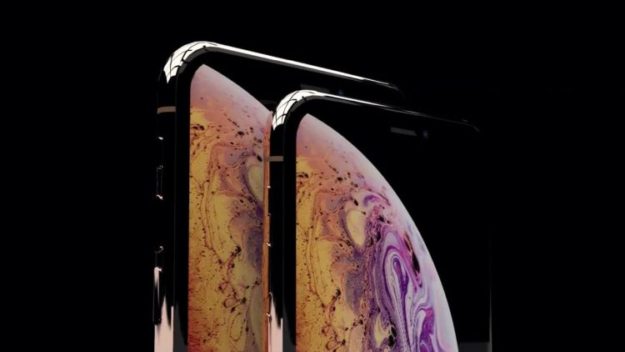 First off, let’s start with the display, which was a game changer in the case of the iPhone X. If you remember, this was Apple’s first phone to come with an OLED display. This means that you’re getting 2436 x 1125 pixels resolution (458 ppi) and 19.5:9 aspect ratio on a 5.8-inch display.

The iPhone XS will feature the same characteristics here, but Apple claims your videos and images will look better thanks to the HDR content backed up by HDR10 and Dolby Vision. The company also claims that the XS will be more responsive to touch controls, but I never heard anybody complain about them on the previous model – so although improvements are always welcome, it wasn’t something vital.

In terms of overall looks, things seem to be identical as well. There is absolutely no change visible to the naked eye and even in terms of weight things seem to be about the same: the iPhone XS vs the iPhone X weights 3 grams (0.1 oz) more. But that extra weight is impossible to be felt by any normal person so we won’t really take it into account.

In terms of performance, we’re finally seeing some improvements that are somewhat more noticeable: all the recent iPhone models before the XS were using the A11 chipset and had 3GB RAM (in the case of the X). Now, the XS will feature an upgraded version of the processor – the A12 chipset and 4GB of RAM.

This means, according to apple, that you’re getting a 15% increase in performance in the iPhone XS compared to the iPhone X, while you also get a 50% improvement in power efficiency and a leap of 50% while idle. These are important numbers, ensuring that you’re indeed getting one of the fastest and best smartphones on the market.

On the other hand, we can’t say that the iPhone X is behind its prime. Even though 15% less performant than the XS, it still is an amazing phone that can do wonders and I don’t think anybody would really have reasons to complain about its performance in the next 1-2 years!

One of the most important features of modern phones is their camera and we all know how good the cameras on iPhone are. Well, with the XS, things are going to get better – at least according to Apple right now, thanks to the implementation of the Smart HDR technology. This will basically have the phone quickly take a few photos at different exposures, then give you the best one available.

This is a feature similar to Google’s Pixel cameras, but the new camera has a few other tricks up its sleeve – one of them being that, in Portrait Mode, the camera will blur everything behind the subject of the image, giving it a professional look.

All these changes are, again, welcome and improvements are good to have – but for the regular users, even these major improvements in camera settings won’t be, in most cases, noticeable.

Finally, the battery of the iPhone XS is getting better. Again, like every other improvement, it’s not something really worth writing home about: the new model will offer a 2800 mAh battery, as opposed to the strange 2716 mAh of the iPhone X.

I still remember the jokes that started when Apple first introduced the “S” models and people saying that it comes from “Same”.

Although there are definitely some changes made by the new model, these are indeed minor and we are getting, more or less, the same phone.

However, we’re already talking about an extremely solid phone with great characteristics and performance – the iPhone X – so even minor improvements can be considered game changers and competition crushers.

But is it worth getting an iPhone XS? This depends on you and what you have already: if you have recently bought your iPhone X, I personally recommend you to keep using that for at least several more months before considering an upgrade to the XS model.

If you just want to get a new phone and you don’t know which one to choose from the two, go with the XS if you have the money since it is the best iPhone on the market. But if you want to save some money, you can easily go with the iPhone X and rest assured that you’ll be satisfied with it until the true next generation iPhone arrives – the iPhone XI or whatever it will be called.