I’ve had some epic video calls on Skype and I’m sure that I’m not the only one in this situation. I often ended up saying: “Man, it would’ve been great if I had recorded that Skype video call!” And then I just realized: why not actually do it? It’s better this way than be sorry that an epic call has been lost forever.

And in today’s article I will share with you the best methods you can use to record a Skype video call for free. This method only works on PCs, laptops or Macs – so not on mobiles. But then again, it’s a lot better to use Skype’s video calls on the large display of a laptop or desktop computer!

So let’s find out below how to record Skype video calls for free on your laptop, PC or Mac.

Developed by Kanda Software, this is one of the most popular methods to record Skype video calls easily. The free version (as there’s a paid one available as well) allows you to record 30 videos per month, which I consider a pretty fair number anyway. It can’t record in HD, but the video quality is really good overall, so that shouldn’t be a problem either.

Callnote is extremely easy to use. It has a friendly user interface and you don’t need to be tech savvy in order to start recording your calls. Just a few clicks, and you’re all set to record your call for free. No headaches involved!

It has some serious features too, even for the free version: it can record basically anything (so apart from Skype, it can also record Facebook calls, Viber calls and Google Plus Hangouts), it can take snapshots and it has built-in features to Youtube, Google Drive or Evernote. All in all, a great option despite its limit of 30 videos recorded per month. 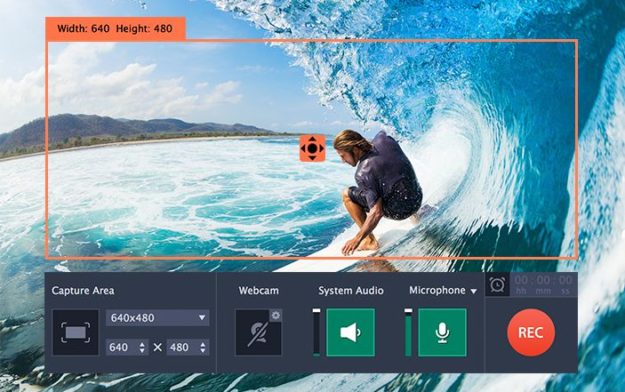 This is another program that offers tons of features, but it normally comes at a cost. You only pay once to get full lifetime access, but if you don’t need its advanced features – or you just want to test it beforehand – you can give the free option a try.

It is called the Movavi Screen Recorder and it’s described as a “lightweight yet powerful video recording program that lets you capture streaming video and music from websites, save Skype calls, and preserve other screen recordings.”

So this is not particularly built with Skype in mind: it can record absolutely any area of the screen, including Skype calls.

It is extremely easy to use and has a beginner-friendly interface: in just a few clicks, you’re there and all set to start recording your video calls. This one also has a Mac version, so we’ve got Apple users covered. Give it a try – it’s incredibly easy to use and the free version is usually just what you need for the job! 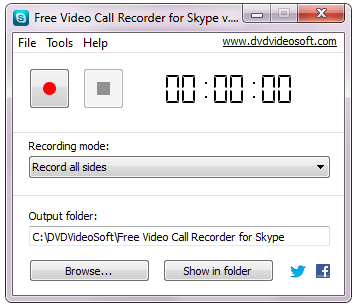 Despite the fact that it lacks a proper name, this one does the job without any limitations, but it also lacks some of the more advanced features that Callnote offers.

But it’s even easier to use: you only have to click the “start recording” button and you’re all set! One of the few features it has is extremely useful: it can record just the incoming video (so not yours), or both. This might sometimes come in handy.

All in all, even though it has very few customization options and features, it does the job done and it records your Skype Video call for free, without limitations! Just make sure that you choose the custom installation and select the features you want to install as this one’s known for installing a bunch of bloatware and potentially unwanted programs if you don’t go with custom installs.

But let’s not waste any time and let’s find out below some methods that you can use to safely record Skype video calls for free!