Due to my line of work, I prefer tablets to smartphones, mainly because of their larger screen. But for some reason, the Android world is not really convinced that tablets are indeed here to stay. Fortunately, Google doesn’t seem to agree and according to the latest rumors, they’re planning to release a Pixelbook 2 which will definitely make tablet fans happy (and not only).

The rumors started to be heard online a while ago and the general consensus seems to be that Google is working hard on a Pixelbook 2 release sometime this fall.

For example, we have Chrome Unboxed who found out that a new device codenamed Atlas seems to be a Pixelbook clone. However, About Chromebooks spotted the fact that Project Atlas is the only Chrome OS device created by Google (aside for the Pixelbook itself) that comes without a microSD slot.

Finally, famous Twitter leaker EVLeaks quotes a “very reliable source” that told him that “[Google plans for] this fall hardware lineup a second-generation Pixelbook, with smaller bezels, scheduled to ship before the end of the year.”

So, having in mind that multiple sources found out evidence that a Pixelbook 2 is coming soon, we can safely say that indeed chances are high that all this is true and not just crazy rumors. 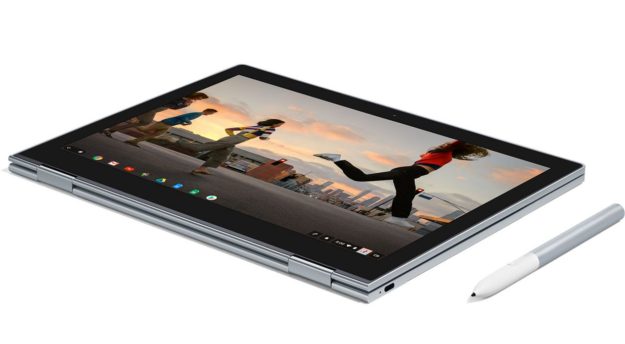 The original Pixelbook in tablet mode

Now, we all know that the original Pixelbook is not really a tablet. Google made it a 2-in-1, offering the option to flip it into a tablet, but it’s heavy and not that portable.

But it seems that with the new Pixelbook, things will change a little. Based on the mention of “reduces bezels,” we can assume that Google is indeed looking at higher portability.

And this means another thing: the new device might actually provide a detachable keyboard which is actually truly amazing in my opinion. This is how 2-in-1 should work and it would make life much easier for most people who travel a lot and need to work online as well.

Carrying around a laptop – even if we’re talking about a light Chromebook – is still not comfortable and not necessary at all times. On the other hand, only having a tablet around with no keyboard, makes specific tasks (like writing) extremely difficult.

But with a device created to provide both functionalities, things get a lot easier. I know that this is not something that the mass market needs or wants, but there’s still a market for this and I am sure that the more people will try it, the more will see how amazing such a hybrid device actually is.

Of course, at this current state, we’re only talking rumors and hopes because there is no official word on the Pixelbook 2 features. Actually, the device itself has not been officially confirmed – even though all the proof is there to confirm that it does exist.

So hopefully everything will align the right way and Google will indeed deliver a truly awesome Pixelbook 2. I am in a big need of a really solid Android tablet right now and the market has little to offer in this area. Make it a detachable with the option to turn it into a small laptop? Shut up and take my money!