Future MacBooks Might Get Touch Keyboards with Virtual Keys 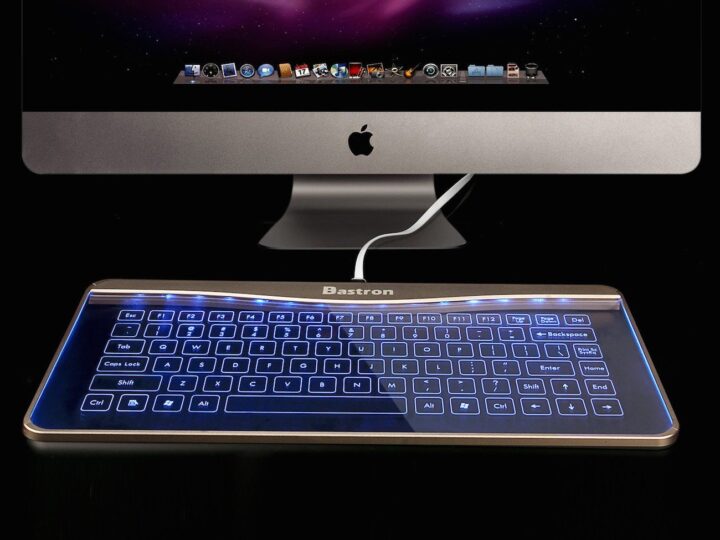 The classic keyboard might be in danger, as Apple has filed a patent for a haptic touch laptop keyboard that would replace the keyboard as we know it with a touch sensitive, completely futuristic one that would have no buttons, no keys: just a thin metal layer that gets light from behind and, thanks to a 3D touch technology, “feels” our virtual key strokes and turns them into the words we want to type.

I am extremely excited about this because I know that Apple can really revolutionize the touch keyboards and make them as good as the classic keyboards. The problem with the existing ones (and all virtual keyobards in general) is that the response rates are low and you can rarely get the same precision and speed from them. For most people this might not seem like a huge issue, but when you’re writing a lot – like I do – or when you want to send your loved one a long love message, things get a bit more complicated with today’s touch keyboards.

But Apple seems like the company who plans to bring them to the next MacBook (or future MacBook models) as they are always in a quest to deliver thinner products. Right now, the MacBook’s keyboard is probably the thickest element and without it, things would look absolutely insane. Not to mention the fact that such a keyboard would be absolutely insane, no matter if its used with a MacBook, a traditional laptop or even a desktop computer.

There are even more goodies that a touch keyboard could deliver: since you won’t have traditional keys on it, different apps, games or programs could change it on an as needed basis or at least visually show you different things on the keyboard so you find it easier to find the buttons you want to press. Anything is possible and a well done haptic touch-sensitive keyboard would completely change the game. Let’s just hope that Apple manages to turn this into reality.

If you want to check out the patent yourself, click here and enjoy the technical stuff!