Bitcoin Payments Might Be Accepted by eBay Very Soon 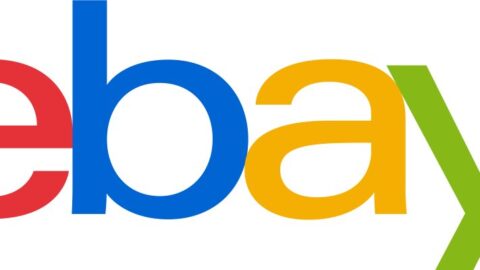 The world of cryptocurrencies is booming right now and Bitcoin is leading the pack, recording massive gains since the beginning of the year. With more and more people adopting Bitcoin and purchasing it, it makes sense to see massive movement from the biggest retailers out there to accept Bitcoin payments. And eBay is “seriously considering” adding Bitcoin as a payment option on the platform.

This extremely good news for cryptocurrency enthusiasts was made by Scott Cutler, senior vice president of eBay Americas in an interview with Yahoo Finance. He said:

“[Bitcoin] is a trend that everybody is talking about, but sadly, at eBay, we don’t currently accept Bitcoin as a form of payment”. But he added: “We’re seriously considering it as these cryptocurrencies become more of a mainstream.”

There have been rumors in the past that Amazon might be also considering accepting Bitcoin payments, but no official statement has been made by the company.

However, it is believed that there’s a battle between these huge presences on the market – eBay, Amazon and the Chinese AliBaba and AliExpress to start accepting Bitcoin and/or other cryptocurrencies as payment methods in order to establish their presence even further on the market and keep up with the changing world of technology.

For example, Overstock became the first major retailer to accept Bitcoin all the way in 2014 and their shares have grown 250% in the last six months as they are riding the Bitcoin wave. It’s also a trend for more and more companies – big or small – to start accepting Bitcoin payments and we’re surely going to see massive acceptance in this field in the coming months or years.

But having one of the biggest retailers such as eBay join the revolution and start accepting Bitcoin payments (or other altcoins – as that’s a possibility as well) would definitely give the cryptocurrencies the boos they need to finally get approval and be accepted by the mainstream media and even authorities.

Despite the huge gains recorded this year by all major cryptocurrencies, many analysts and specialists consider this to be nothing more than a bubble. Even Steam – the most popular PC gaming downloads service – decided to stop accepting Bitcoin payments because of the huge raise in transaction costs caused by the massive spike in value.

However, there are other options in case Bitcoin becomes too expensive to be accepted as a payment method and I am sure that most retailers out there are considering their options. But what will actually happen in the future – that is uncertain as this point. However, a massive retailer like eBay accepting Bitcoin as payment… now that would surely change the game and offer an even bigger boosts to the cryptocurrency world.

How to See if a Website Is Using Your Computer to Mine for Cryptocurrency?
← Previous
How to Fix "Failure Configuring updates. Reverting Changes" Problem in Windows
Next →
Click here to cancel reply.