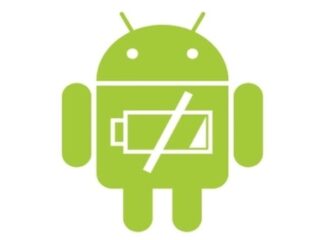 Until the phone manufacturers out there manage to find a way to build better batteries, we’ll always have the feeling that our smartphone’s battery is always plotting against us. All users have problems with their battery, no mater what OS they’re on but today we have a few tips on how to improve your battery life if you’re the owner of an Android phone.

Avast Software just published a list of the most battery-draining apps used on Android, which makes things pretty simple: just make sure you don’t install these apps and you’ll be just fine!

This sounds easier than it actually is because, as you will see, the top battery draining apps for Android users in 2016 are apps that most of use can’t live without anymore. But that’s up for you to decide. Until then, here are the applications that drain your battery the most:

The applications above are listed as the World’s Greediest Mobile Apps – the biggest performance draining apps that run at startup. You can check out the full PDF with multiple report categories, based on how these apps are launched, finding potential culprits for your battery draining problems on Android. However, it’s usually the ones that automatically start when you turn on your phone that matter the most.

On the list published above, there are some surprising entries, I would say. First comes Musical.ly which is a really new app – apparently one that is more resource hungry than most. Facebook is, as expected, the #1 here, with two more Facebook-owned apps on the list. However, I am actually surprised to see that Facebook Messenger is under BBM or ynet. So definitely Facebook deserves some kudos for that!

The problem, however, is that with most (if not all) of the apps that drain your battery, the solution is not that simple. Uninstalling them is certainly not an option for most people out there, so what we’re left with is definitely waiting for breakthroughs in battery research: we really need a phone battery that can offer more power! Until then, we’ll just have to keep our phone charger close by.