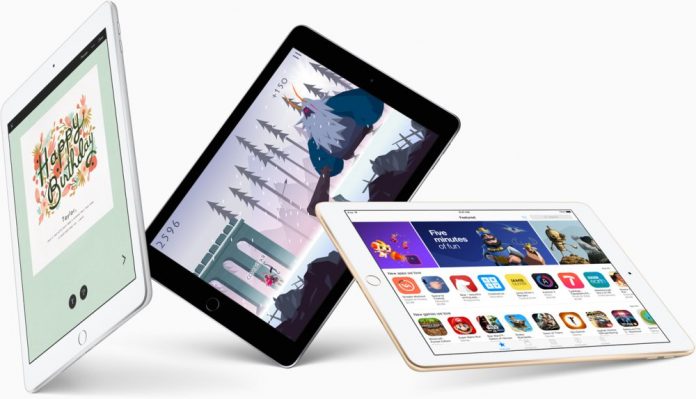 Apple just revealed a brand new iPad – one without any extra numbers or words in its name to make it unique. Simply called “iPad,” the new tablet replaces the old(er) iPad Air 2 on the official page but isn’t bringing too many improvements on the table. Actually, it seems that apart from a price drop and a better processor, not much has changed.

The new iPad from Apple comes with a 9.7″ display and offers a resolution of 2048×1536 pixels. It has a new processor – the A9 CPU, which is an upgrade to the previous A8 used by the iPad Air 2. Battery life is announced at 10 hours, which is pretty impressive, all while the price drops at $329 (going up based on the model you choose).

The iPad still seems to have pretty poor choices when it comes to the camera: the back camera is pretty solid at 8 MP, but the front-facing one only delivers 1.2 MP. I think that after all these years, a better front camera was required.

In terms of storage, the new iPad offers 32GB or 128GB, with the latter being $100 more expensive, but totally worth it since 32GB will get filled up with apps, photos and music very fast.

So the new iPad is pretty much unspectacular and definitely nothing to write home about. The biggest surprise should be considered the price drop (a 32GB iPad Air 2 used to cost about $70 more than the new model) and it is probably the company’s answer to declining iPad sales. We’ll see if this makes any difference at all.